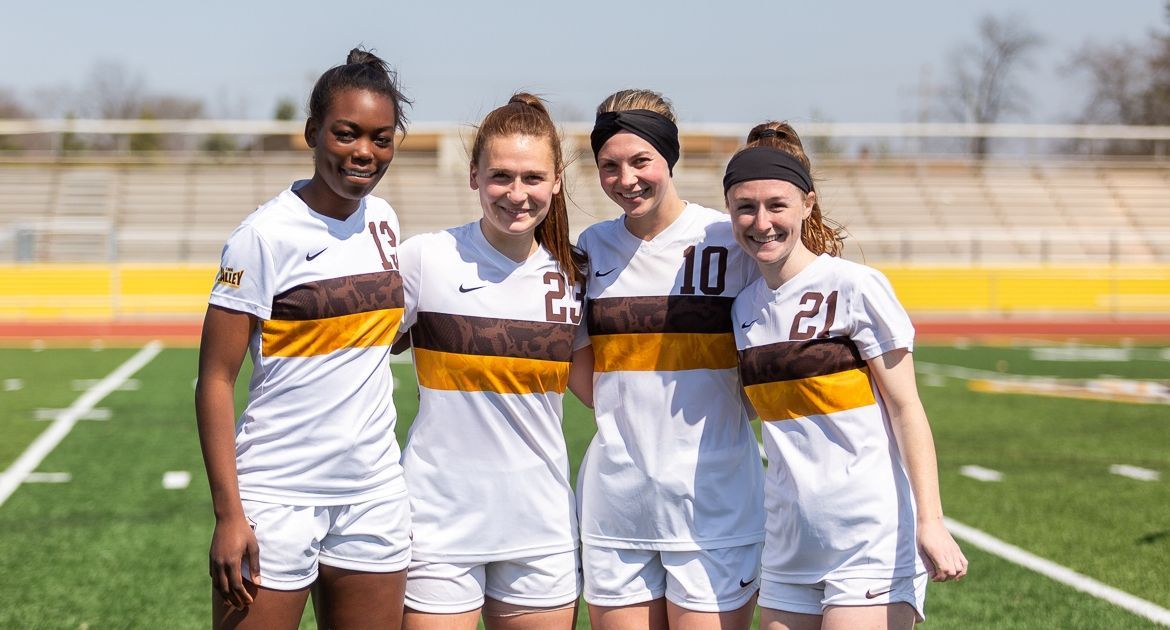 Celebrating its seniors on Senior Day at Brown Field Saturday in the final regular season home match, it was the youngsters who led the way as the match got underway, as a pair of freshmen scored for the Valpo soccer team in a key 2-1 victory over Missouri State. The win and the three points keep Valpo in the hunt for hosting a potential MVC Tournament quarterfinal match.

“Senior Day was an opportunity to have a special day despite the pandemic. We were able to create a nice event to celebrate our seniors, and the fact we were able to have their parents in attendance and nearby during the ceremony combined with winning the match will make for a day they'll never forget. This group of seniors has been a great group, and the word which will always resonate with me when thinking about this group and what they've been through is perseverance. I'm really excited for them that they're in the position they're in right now, helping to grow our program and leaving their mark on it.”

“To get the goal right before the half was huge. On that play, it starts with Kelsie sticking with our tactical plan to press their center backs and create a turnover. Keegan put a great ball in and Lindsey made a great run to be in position to score, but none of that happens unless we stick to our plan to pressure.”

“I was most pleased today with how we came out in the second half. The first 15 minutes, we were on the front foot and gave ourselves multiple scoring opportunities. We had a couple great combinations during that stretch and won a lot of balls in the midfield. We were rewarded for it through Kelsie's goal - a great individual play and a great finish.”

“Surrendering the goal we did, against the run of play, was unfortunate. But we talk about as a group, what we have to do to win games is handle every moment - good or bad - and move on to the next play. We had to pick up that player, and we did that today.”

Valpo (3-3-4, 2-2-3 MVC) concludes the regular season Wednesday evening at Illinois State with a 5 p.m. kickoff as it looks to secure a spot in the MVC Tournament and a potential home quarterfinal. The match is slated for broadcast on ESPN+.