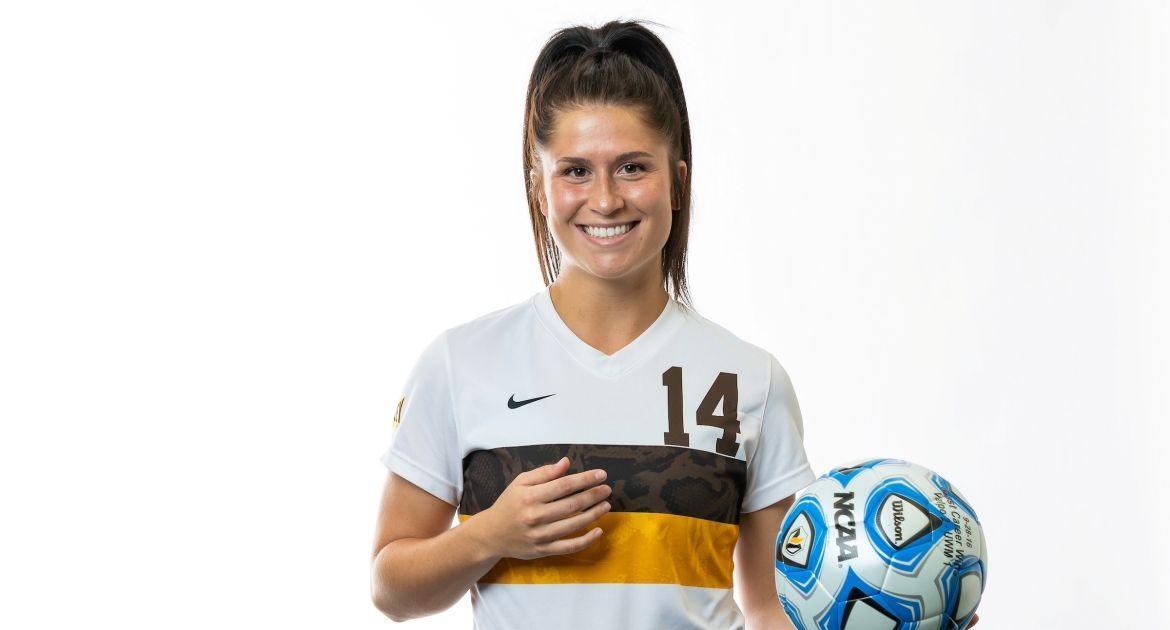 Next Up in Valpo Soccer: The second season begins for the Valpo soccer team on Friday afternoon, as after earning a first-round bye in the MVC Tournament, the second-seeded Beacons will kick off the first tournament semifinal against sixth-seeded Evansville at 3 p.m. Valpo is in search of its first MVC Tournament title in program history.

Previously: In a matchup to determine the MVC regular season champion, Valpo fell to Loyola in Chicago last Thursday, Oct. 28, by a 5-0 final. The Beacons trailed just 2-0 before a red card forced them to play the remainder of the match a player down.

Looking Ahead: A win on Friday would send Valpo into a Sunday matchup against either top-seeded Loyola or fifth-seeded Drake in the MVC Tournament championship match, with the winner of that match earning the conference title and the automatic berth into the NCAA Tournament.

Following the Beacons: Friday’s match will be broadcast live on ESPN+, with Brian Bedo and David Dir on the call. Links for the liveo video and live stats will be available via ValpoAthletics.com.

Head Coach John Marovich: In his 14th season at the helm of the Valpo program, John Marovich holds a 113-104-38 (.518) record both overall and at Valpo as a head coach. The 2014 Horizon League Coach of the Year, Marovich holds Valpo’s all-time records for both victories and winning percentage.

Series Notes: Valpo is just 4-9-4 all-time against the Purple Aces, but has not lost in its last four meetings with Evansville. This is the second straight season the two sides have met in the MVC Tournament, as they met this past spring in a first-round matchup at Valparaiso - a 0-0 draw which saw Valpo advance to the tournament semifinals thanks to a 5-3 advantage on penalties. In the regular season matchup this season, goals from Kelsie James in the 17th and 26th minutes propelled the Beacons to a 2-1 win over the Purple Aces. Notably, the last 10 meetings in the series have all been draws or one-goal games.

Scouting the Opposition: Evansville enters Friday’s semifinal at 6-4-7 overall this season and posted a 2-3-3 mark in MVC play. The Purple Aces were part of a three-way tie for fifth through seventh in the final MVC regular season standings and came out of the tiebreaker with the sixth seed. Evansville advanced to the semifinals after drawing 1-1 with Indiana State in the first round, prevailing 5-3 in penalties. Emily Ormson has scored six of the Purple Aces’ 20 goals this year, while Alex Eyler has tallied six assists. In goal, Michaela Till has played the vast majority of the minutes, posting a 1.10 GAA and an .833 save percentage.

Valpo Outperforms Preseason Poll: For the third straight season, Valpo outperformed its projection in the MVC preseason poll, as the Beacons were picked to finish fourth before eventually finishing in second position. The spring 2021 side finished third after being picked sixth, while the 2019 team finished fifth after being picked seventh. In fact, in its first five seasons in the Valley, Valpo has never finished below its preseason projection, as the 2017 (fifth) and 2018 (sixth) squads both matched their preseason poll position.

Advancing to the Semis: This is Valpo’s second straight appearance in the MVC Tournament semifinals, but the first time it has advanced directly to the semis after earning a first-round bye. Valpo advanced to the MVC semifinals for the first time as a conference member during the spring 2021 campaign, which was the program’s league tournament semifinal appearance since winning the 2014 Horizon League Tournament.

Valpo in the MVC Tournament: Valpo owns a 1-3-1 record in the MVC Tournament in its first four seasons as a league member. The program dropped first-round matches at Loyola (2017) and at Drake (2019) before going 1-1-1 in the spring 2021 tournament: drawing Evansville, beating Indiana State and losing to Loyola.

A Familiar Foe: Due to the impact of COVID-19 pushing last season from fall 2020 to spring 2021, Friday’s matchup with Evansville will be the fourth showdown between the Beacons and the Purple Aces this calendar. The two sides battled to scoreless draws in both the regular season and the tournament in the spring, and Valpo earned a 2-1 win in the fall regular season meeting. Prior to this calendar year, Valpo had never faced the same program even three times in one calendar year. Should Valpo advance to the championship match and face Loyola, it would be the fourth meeting of 2021 between the Beacons and Ramblers as well.

Getting Defensive: The nine-match unbeaten streak included seven clean sheets, with only Missouri State and Evansville putting away a goal against the Beacons during the stretch. The first four wins in the unbeaten streak all came via shutout — prior to this year, you have to go back to 2009 to find the last time Valpo won four in a row, all in shutout fashion. Valpo put together a streak of 419 consecutive minutes of shutout soccer between Sept. 10 and Oct. 3, and had a 408-minute shutout streak snapped against Evansville.

Double-Digit Wins: The win over Evansville in the penultimate match of the regular season gave Valpo 10 wins on the season, the 10th time in program history the squad has reached the 10-win mark. This is the fifth time Valpo has won at least 10 matches under head coach John Marovich.

Regionally Ranked: For the fourth consecutive week, Valpo has earned a spot in the United Soccer Coaches Midwest Region rankings, coming in at #9 this week. The Beacons broke into the regional rankings at #10 on Tuesday, Oct. 12 and have reached as high as #8 this season. This year’s side is the first Valpo squad to be ranked since the 2017 team was ranked for the first three weeks of that season - back then, 15 teams were ranked, while only 10 are ranked now.

James Stands Out: Sophomore forward Kelsie James enjoyed the most prolific regular season on the attack of any MVC player this fall. James leads the conference with nine goals and 21 points, both marks which are tied for seventh in a single season in program history. Five of her goals came within conference play, tying for MVC-high honors, while she was the only player in the conference with three match-winning goals within MVC play.

Multiple Match-Winners: James isn’t the only Valpo player to account for the match-winning goal multiple times within conference play, as freshman Dana Fish netted the decisive tallies against Illinois State and against Southern Illinois. The Beacons are the only Valley program with two different players registering multiple match-winners in conference action.

Coryell Keeps Goals Out: Sophomore goalkeeper Nikki Coryell has been a brick wall in goal for Valpo throughout her career and has taken her game to another level in MVC action this year. The MVC Goalkeeper of the Year this past spring, Coryell posted five clean sheets in the Beacons’ eight conference fixtures, tied for the most of any Valley goalkeeper. She also led the conference in save percentage in MVC-only play this year (.865). Her numbers in conference play look even better when you consider that, of the 745 minutes played in conference, Valpo was tied for 498 minutes and was in a one-goal game for 127 minutes.

Coryell on the Charts: On the season, Coryell owns an .830 save percentage and a 1.11 GAA, marks which rank sixth and eighth in a single season in program history, respectively. Her five shutouts this season also crack Valpo’s single-season top-10 chart as well. Despite being in just her second season at Valpo, Coryell has also made her mark on Valpo’s career charts already. She ranks seventh in program history with 2,756 career minutes played and is ninth with 142 saves. Her .850 save percentage would be tops in program history once she meets the shots faced minimum, while her 0.82 GAA is second-best in program history and fourth in MVC history.

Raking in the Honors: James and Coryell have both earned two weekly honors from the MVC office this season, part of a program-record nine weekly awards, spread among seven different athletes. In addition to James’ pair of Player of the Week honors, fellow sophomore Lindsey DuSatko has also been named Player of the Week. Addy Joiner, Dana Fish and Abby White have been Freshman of the Week honorees, while Coryell (2x) and Nicole Norfolk have earned Defensive Player of the Week accolades. Valpo had a six-week run from Sept. 20 through Oct. 25 where it claimed at least one weekly award every week.

Finding Goals Late: Four of the Beacons’ six wins in MVC play came courtesy of a match-winner in the 70th minute or later. The winner against Illinois State (Dana Fish) came in the 83rd minute, against Indiana State (Lindsey DuSatko) came in extra time, against Southern Illinois (Fish) came in the 75th minute and against Drake (James) came in the 72nd minute. The only exceptions were the match at Missouri State, when Valpo netted two goals before 20 minutes were up, and the win over Evansville last time out, when Valpo scored twice in the first 30 minutes.

Trio of Firsts: The trio of Alexis Gaffney, Morgen Metzger and Claire Bonnici all scored their first collegiate goal in the Cornell College win, the second time this season Valpo has had three first-time goal scorers in the same match. The Sept. 12 win over Chicago State featured the first collegiate goals for Cassidy Eckstein, Dana Fish and Cierra Welch. Prior to this season, Valpo had never had three players net their respective first career goals in the same match.

Always in the XI: Three players have started each of the season’s first 17 matches: Kiley Dugan, Nicole Norfolk and Abby White. In their third season in the Valpo uniform, Dugan and Norfolk have both started all 49 matches since stepping on campus.