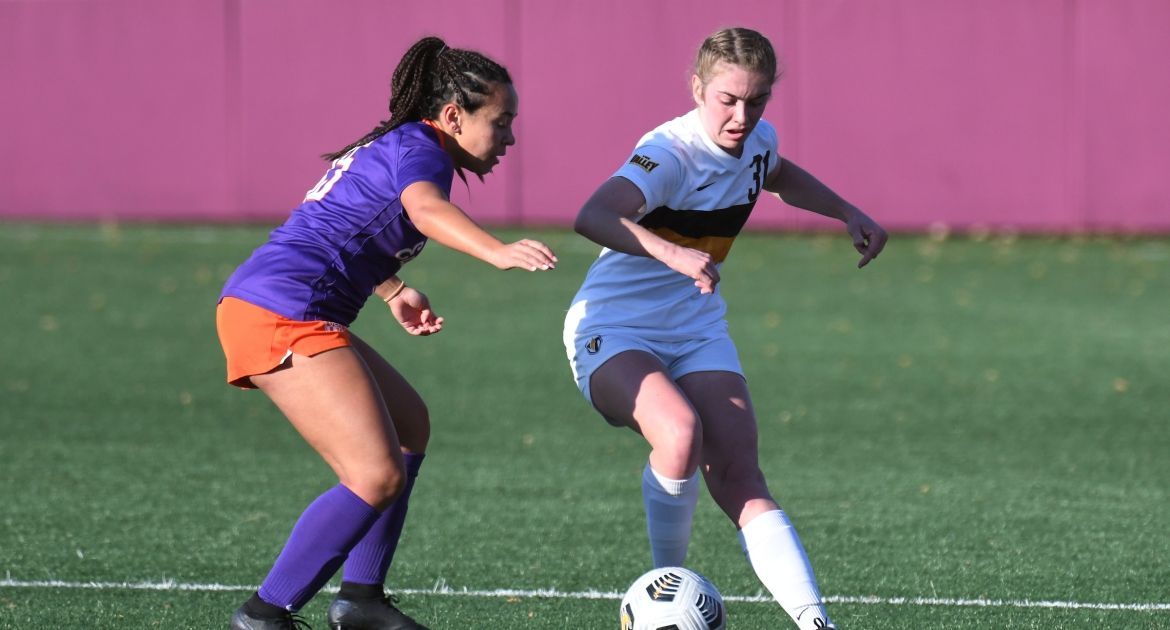 The Valpo soccer team saw its 2021 season come to an end in heartbreaking fashion Friday evening in Chicago, Ill., as the second-seeded Beacons fell to sixth-seeded Evansville 2-1 in the MVC Tournament semifinals on a golden goal from the Purple Aces in the 104th minute.

“It’s obviously a difficult way to see our season come to an end on that final play. But we certainly won’t let that define our team. We had a really successful year — our players played well, we enjoyed the way we were playing the game, and I thought they again showed today.”

“What you see in the growth in this team from the start of the season to today is what I’ll really wrap my arms around. Soccer can be a cruel sport sometimes, but we’ll put this behind us, look at the progress we made and continue to push forward.”

“The toughest part about today is seeing our seniors’ careers come to an end. We tell incoming freshmen that we want them to leave the program in a better place when their time is up than they receive it as freshmen. Without a doubt, 1000%, this senior class leaves the program in a better place. More than any singular game or moment, the forward progress the team has taken in their time here and the way they’ve raised our standards will live on.”