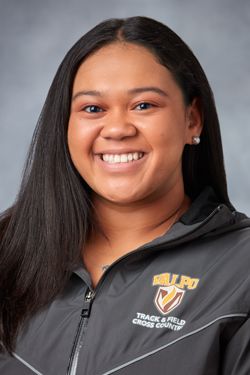 2019: Competed in five indoor meets for Valpo in her senior year… Had her best weight throw mark on Nov. 30 at the Blue and Gold Invitational hosted by Notre Dame, recording a distance of 40-9 (12.42m)… Set a personal best in the hammer throw with 127-11 (39.00m) at the Lenny Lyles/Clark Wood Invitational on April 27.

Prep: Played softball and volleyball for the Dusable Panthers…captain and MVP in softball…member of University of Chicago Collegiate Scholar Program…National Honor Society member.

Personal: Daughter to Maria Magnolia and Robert Greer…major is psychology with a focus on physical therapy.