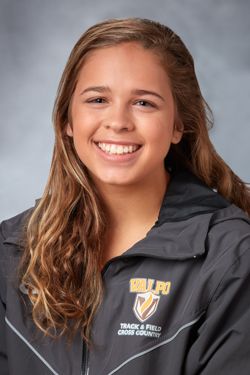 2022: Did not compete during the 2022 season... Earned Valparaiso University Presidential Academic Honors.

2018 (Cross Country): Ran in three meets for Valparaiso during her sophomore season…Started the year with a season-best 5K performance of 23:15.9 at the Crusader Open…Featured in the Bradley Pink Classic, where she finished the 6K in 26:30.8.

Personal: Daughter to Bryn and Eric Recker ... major is nursing.