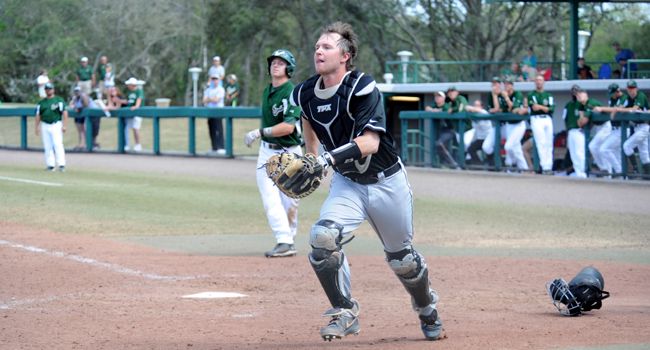 Add another chapter to Cole Webb's impressive yet infuriating 2013 season.

"I thought it was a well-played game. We had some opportunities, and once again we didn't get it done for Cole Webb.  It's a shame," head coach Tracy Woodson said.

Valparaiso (10-18, 1-6 HL) appeared in be store for a big inning in the 2nd when Billy Cribbs loaded the bases with an infield single off the glove of UIC starter Tomas Michelson with one out.  Chris Manning then scored on a fielder's choice off the bat of Andy Burns.

With the bases loaded and still just one out, center fielder Bryce Hara lifted a fly ball to center too shallow for Mark Johnson to tag from third. Designated hitter Andrew Bain followed with a ground out to short to strand the bases loaded.  Valpo led 1-0 after the second inning.

UIC (14-13, 4-3 HL) pushed a run across in the visitor's half of the 4th when an Alex Grunenwald double to right field brought in Tyler Detmer to tie the game.

The Crusaders had a golden opportunity in the bottom of the 5th inning after two bunt singles and a base hit through the right side loaded the bases with no outs.

But John Loeffler ripped a Tim Suminski fastball to first that Grunenwald snagged, then stepped on first to double off Tanner Vavra. Manning followed with a pop-up to short to end the frame.

The Flames scored the winning run in the 8th inning courtesy of a two-out single off the bat of Andres Ortegano. Webb deflected the ball, but Burns was unable to make a play off the ricochet.

Jack Andersen came on in relief of Suminski in the bottom of the 8th and recorded the final five outs to earn his first save of the season.

Suminski (1-0) was called upon in the 4th inning after a blister on the pitching hand of starter Tomas Michelson required the sophomore to exit the game early.  The left-hander scattered six hits in 4 1/3 innings of relief work, striking out two and walking none.

Cole Webb fired eight innings, allowing six hits, two runs, and struck out seven without walking a batter.  The Valpo offense has scored just 15 runs in the eight starts he has made.

The Flames and the Crusaders continue the three-game series Saturday at Emory G. Bauer Field.  Senior Chris DeBoo (1-5, 5.05) will make the start for Valpo.  First pitch is set for 1:00 pm.