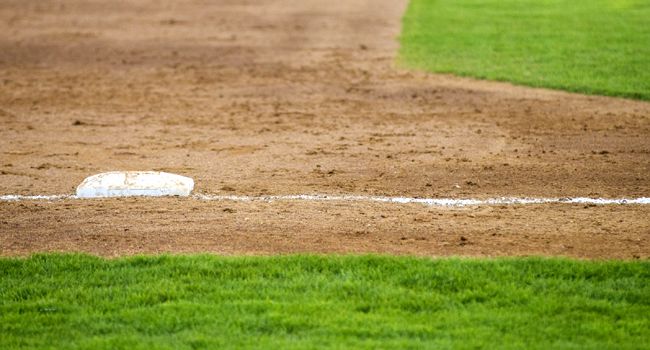 On Deck for Crusader Baseball: The Horizon League invades the city of Mequon this week with the league’s NCAA Tournament berth up for grabs in the double-elimination HL Tournament. Kapco Park is the setting of the 2014 championship as the Milwaukee Panthers serve as this year’s host. Valpo will meet Youngstown State in the first round, a team the Crusaders closed out the regular season with following a three-game sweep. A victory over the Penguins would spell a semifinal showdown with the #2 seed UIC Flames.

Last Time Out: Valpo improved to 11-1 in its last twelve games at Eastwood Field in Niles, Ohio after defeating Youngstown State in all three games this past weekend. The game originally scheduled for Thursday was postponed due to rain, which created a doubleheader on Friday. At the plate, Chris Manning went 6-for-9 with a run scored and three RBIs in the twinbill. On the mound, Cole Webb picked up his seventh win of 2014 after he held YSU to one earned run in six innings. Dalton Lundeen got the victory in the second game as he tossed eight frames and surrendered two earned runs on six hits. The Crusaders waited out the rain Saturday as they pieced together a 9-1 win over the Penguins to move to 12-12 in HL play. The pitching staff lowered its league-leading ERA to 3.96 after limiting Youngstown State to four earned runs in 27 innings.

On the Air: Bob Brainerd and Bill Johnson will have the call on the Horizon League Network as live video will be available for all games. Live stats will also be available through valpoathletics.com for all Crusader games.

Probable Starters: Senior RHP Cole Webb (7-3, 3.95) will make the start Wednesday in the first game of the tournament for the Crusaders. Youngstown State will counter with 6’5’’ LHP Jared Wight (1-3, 7.50).

Series Notes: Valpo leads the all-time series 49-16 over Youngstown State in a rivalry that started in 1992. The Crusaders have gone 21-2 versus the Penguins since 2011. The Brown and Gold took five of six from YSU in the season series. Valparaiso is 24-10 versus Youngstown State away from Emory G. Bauer Field.

Scouting the Opposition: It was just two seasons ago that the Crusaders closed the regular season with Youngstown State only to turn around and face the Penguins in the first game of the Horizon League Tournament. Valpo has enjoyed a great deal of success against YSU, having collected wins in 21 of its last 23 games versus the Guins. Injuries to the Penguin roster have created a bevy of challenges for skipper Steve Gillispie. All-League Second Team outfielder Alex Larivee leads the Youngstown State offense with 47 hits. Jared Wight threw two perfect innings in relief at home versus Valpo on May 16th.

A win over the Penguins would advance the Crusaders into the semifinals where they’d meet UIC. Valpo opened the 2013 HL Tournament against the Flames. The Brown and Gold jumped out to an 8-2 lead before they staved off a late UIC comeback attempt. The Flames took the season series 5-1 as their pitching compiled a 1.50 ERA. Super reliever Mitchell Schulewitz didn’t allow an earned run in five appearances spanning 8 1/3 innings.

Wright State enters the tournament as the No. 1 seed after a 25-4 regular season in Horizon League play. Three of WSU’s four losses in league play came at the hands of the Crusaders. Co-Pitcher of the Year Joey Hoelzel and lefty Robby Sexton both went 7-4 with sub 3.50 ERAs; however, neither recorded a win versus the Crusaders (combined 0-3, 2.63). The Raiders accrued a .273 batting average during the season, but Valpo pitching held them to a .220 mark. Wright State cleaned up in Tuesday’s Horizon League Awards: Greg Lovelady was named Coach of the Year, Sean Murphy was chosen as Freshman of the Year, and Andrew Elliott earned Relief Pitcher of the Year accolades.

Milwaukee, the preseason favorite to win the Horizon League, is the fourth-seed in this year’s tournament. Ryan Solberg was named Player of the Year after a season where the senior hit .371 with seven homers and 24 stolen bases. Starters Cody Peterson and Justin Langley gave the Valpo offense fits during the team’s one regular season series in Milwaukee.

Oakland looms as an intriguing fifth seed. The Golden Grizzlies’ weekend rotation boasts three arms with ERAs under 4.00. Offensively, Robby Enslen leads the Grizz with a .360 average, 36 RBIs and 17 extra-base hits. OU’s bullpen has been the club’s Achilles’ Heel, however.

Parting Shots: Youngstown State has used a different starting lineup in all 48 of its games so far...Four Flames (Coen, Jurich, McDonald, Philbin) batted .400 or better versus Valpo in the regular season...Oakland has yet to win a game this year when trailing after six innings...Lefties are batting just .167 (6-for-36) versus UWM’s Justin Langley...Wright State’s 111 doubles are the 13th-most in the nation.