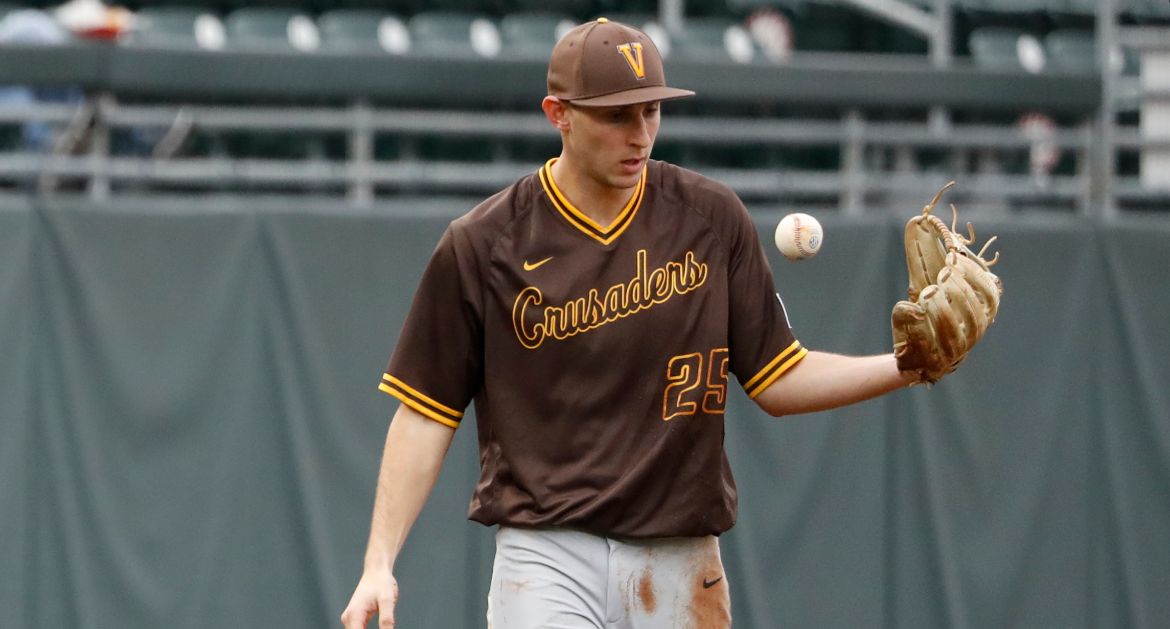 Sam Shaikin homered in both of Valpo's wins on Saturday.
Valparaiso at Holy Cross | February 24, 2018

If college baseball clubs who call cold-weather areas home are supposed to struggle offensively early in the season, nobody bothered to tell the Valparaiso University baseball team. There was no time for basking in the glory of a signature win over Oklahoma, a Big 12 team that had the third-most votes of teams outside the Top 25 in the USA Today Baseball Coaches Poll, on Saturday evening. Instead, the Crusaders were back on the field less than an hour later, whitewashing another team that went to the NCAA Tournament last year in a 20-6 win over defending Patriot League champion Holy Cross.

“It was a great day and a tremendous turnaround from last weekend. I thought it was a complete team effort in both games. We got some depth from our starters and we continued to hit the ball hard. I’m extremely proud of the way the guys played.”

The Crusaders will play a third and final game in Norman, Okla. on Sunday at 2:30 p.m. against the host Sooners. The game can be seen on Sooner Sports TV (subscription only), heard via Oklahoma Radio and followed via live stats.