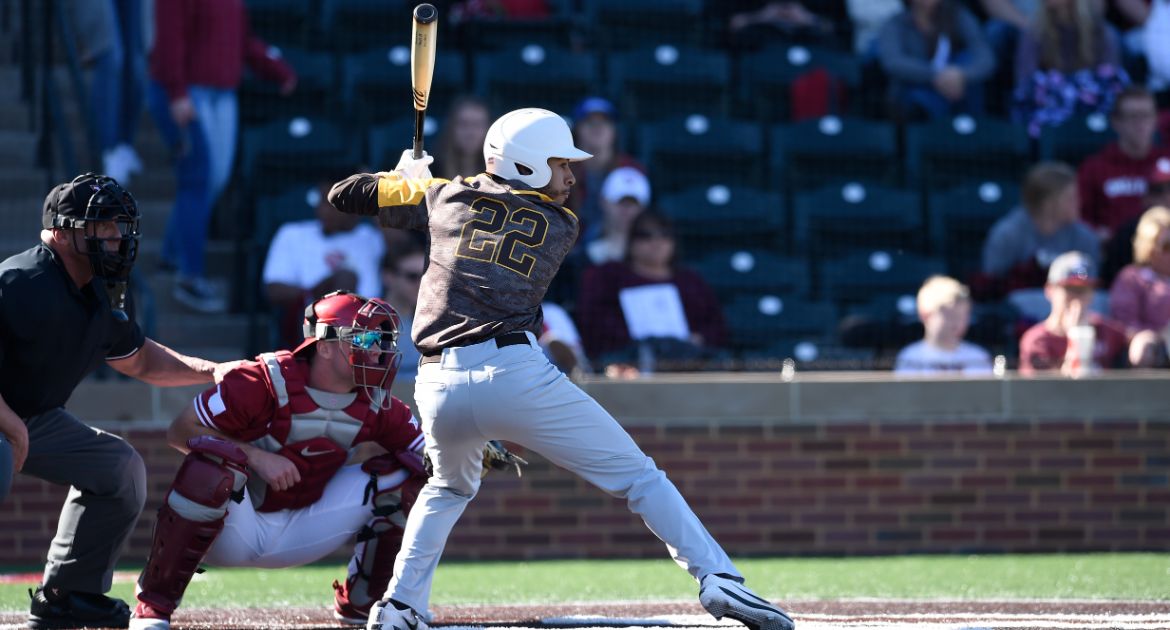 Riley Dent had a run-scoring double in the fifth inning on Tuesday.
Valparaiso at UC Riverside | March 06, 2018

The Valparaiso University baseball team began the California portion of its spring break trip on Tuesday night with a 4-3 loss at UC Riverside. On an evening when the Crusaders faced the challenge of playing in their fifth game in five days, a taxed pitching staff held the Highlanders to four runs, but the offense was kept scoreless outside of a three-run fifth inning.

The Crusaders and Highlanders will do it again on Wednesday night. The second consecutive game between the two teams is slated to begin at 8 p.m. CT and live video will be available.