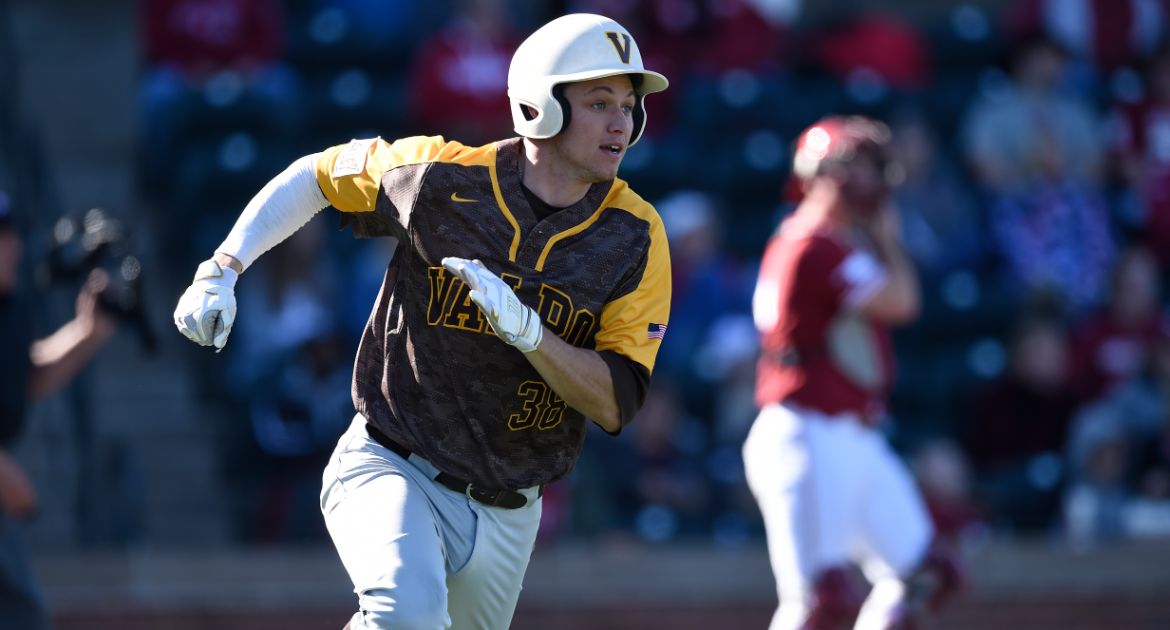 Chad Jacob doubled for Valpo's first hit of the game with two outs in the seventh on Wednesday.
Valparaiso at Purdue | March 28, 2018

The Valparaiso University baseball team came up short against Big Ten foe Purdue on Wednesday night in West Lafayette as the Boilermakers edged the Crusaders 4-1 at Alexander Field. Purdue left-handed pitcher Ryan Beard dominated unlike any opposing pitcher Valpo has seen this season, carrying a no-hitter into the seventh until the Crusaders finally scratched out consecutive hits to end his day.

The Crusaders will embark on their first season in the Missouri Valley Conference on Friday as they start a three-game series with Bradley at 3 p.m. CT at Emory G. Bauer Field. All three games in the series will be broadcast on 95.1 FM Valparaiso. Live audio and stats will both be available online, and @ValpoBaseball will have live tweets.