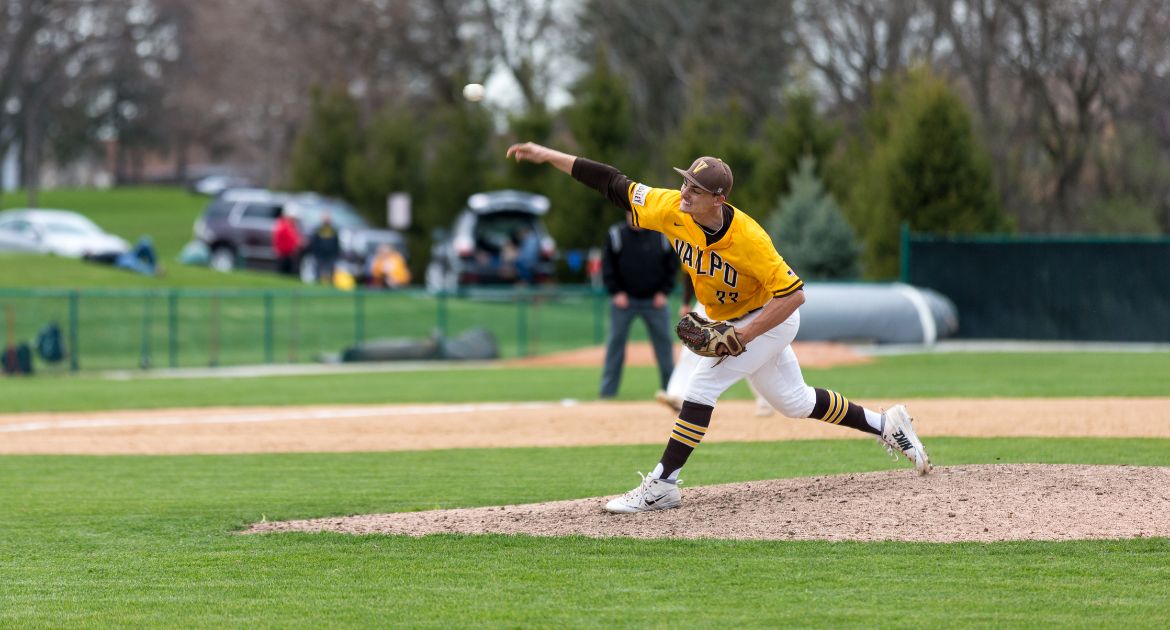 Reliever Luke VanLanen has appeared in each of the first two games of this weekend's series against DBU.
DBU at Valparaiso | April 28, 2018

The Valparaiso University baseball team dropped the middle game of this weekend’s series to DBU by a score of 9-3 on Saturday afternoon. The visiting Patriots, a perennial NCAA contender and Missouri Valley Conference power, cruised to a series-clinching 9-3 win.

The Crusaders and Patriots will complete the three-game set on Sunday at Emory G. Bauer Field. The first pitch is slated for noon as Wes Gordon takes the mound for the Crusaders. The game will be broadcast on 95.1 FM Valparaiso with Ben Ariano doing the play-by-play. Live stats will also be available courtesy of StatBroadcast.