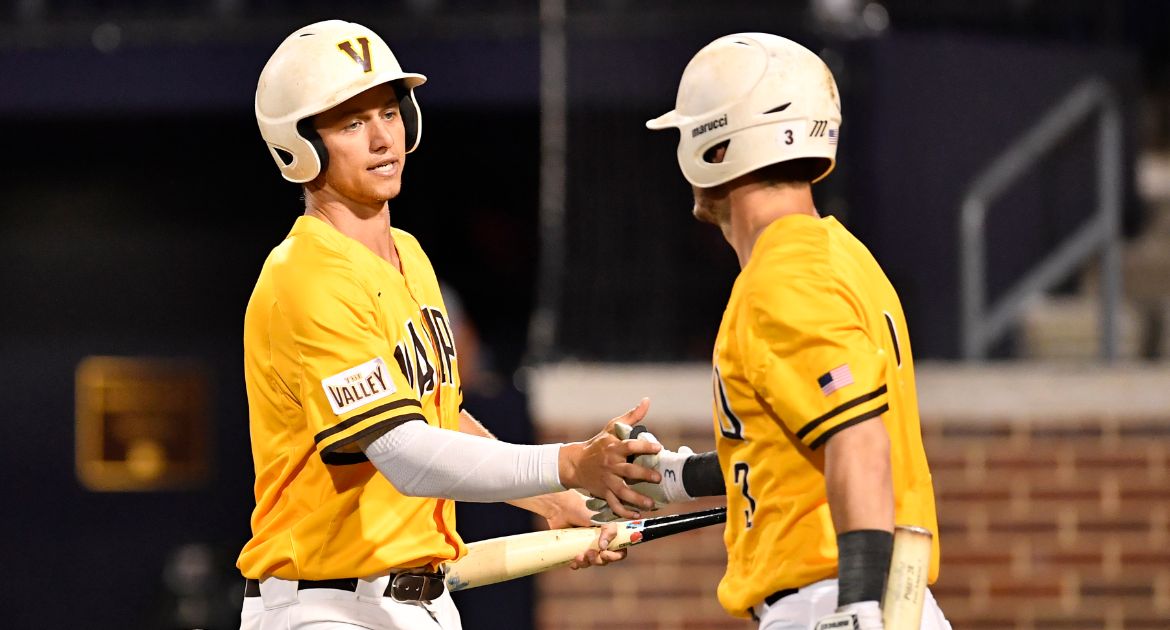 Chad Jacob and Jayden Eggimann are among the 10 seniors who closed out their careers on Friday.
Valparaiso at DBU | May 25, 2018

The long day in Dallas that featured a little bit of everything ended with the Valparaiso University baseball team bidding farewell to its 10-member senior class on Friday evening. The Crusaders gave host DBU a scare by sprinting out to a 5-0 lead at Horner Ballpark, but the Patriots came from behind to edge the Crusaders 7-5, avoiding a second straight loss to the seventh-seeded Crusaders that may have dashed DBU’s NCAA Regional hopes.

The Valpo seniors can walk out with their heads held high after head coach Brian Schmack’s group overcame a lackluster finish to the regular season by putting on an impressive showing throughout the week in the school’s first Missouri Valley Conference Tournament. After a 13-10 upset of DBU on Wednesday, the Crusaders gave third-seeded Bradley all they could handle in an 11-9 loss that ended in the wee hours of Friday morning.

Inside the Record Book