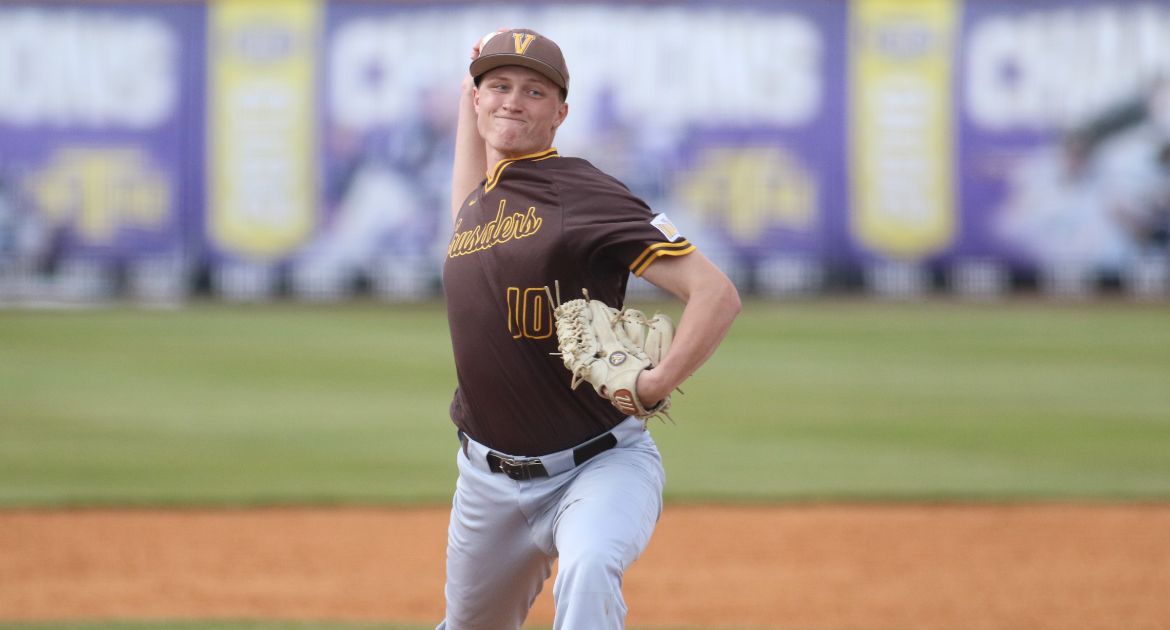 Easton Rhodehouse did not allow a hit over six scoreless innings of relief on Friday.
Southern Illinois at Valparaiso | May 10, 2019

Heroes came in all forms for the Valparaiso University baseball team on Friday evening at Emory G. Bauer Field.

After having just two at-bats since the end of March prior to Friday’s game, redshirt freshman Kevin Barry (Bartlett, Ill. / South Elgin) was perhaps the biggest hero of all in a 5-4, 14-inning win over Southern Illinois. Barry’s pinch-hit walk allowed him to score the tying run in the ninth, then he ended the four-hour marathon with a walk-off single in the bottom of the 14th.

But the game would have never seen the 14th if it weren’t for the right arm of Easton Rhodehouse (Gilbert, Ariz. / Highland), who pitched the game of his life with six dominant relief innings in which he did not allow a hit or run and struck out eight.