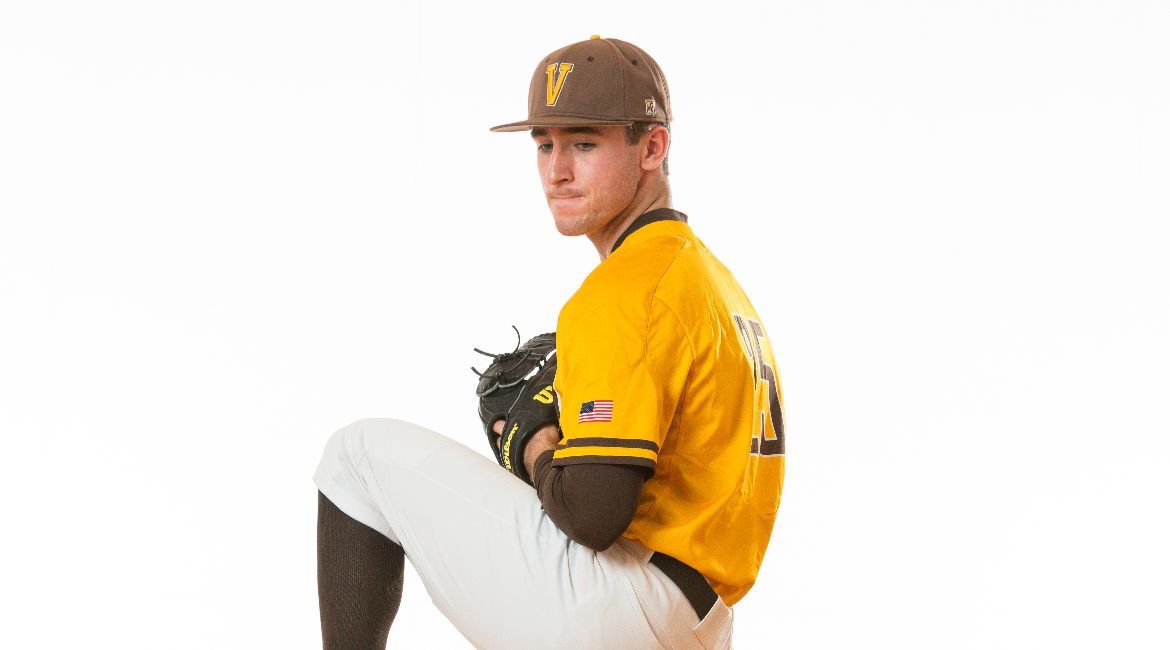 Valparaiso University baseball junior Colin Fields (Libertyville, Ill. / Libertyville) etched his name into the program’s history books on Saturday, delivering the eighth no-hitter in program history and first since 1992 to highlight Valpo’s doubleheader sweep of Middle Tennessee. Fields’ magic on the mound helped Valpo blank the Blue Raiders 5-0 in a seven-inning contest in Game 1, before the Brown & Gold prevailed 3-2 in eight innings in Game 2.

“Colin didn’t try to do too much and was himself today,” Valpo head coach Brian Schmack said. “He has shown flashes through his first two outings, but at times he tried to do it all. Today he stayed within himself and saw positive results. I’m extremely happy for him – what an accomplishment.”

“The feeling on the mound after the game of having my teammates embrace me was a pretty special moment, especially after a couple tough games recently,” Fields said. “To be able to get the win for our team was the most important thing, and to get the no-hitter on top of that was awesome. I was able to locate my fastball better than in my recent starts, and the second and third times through the order, I mixed in my slider more. That two-pitch combo along with an occasional curveball made for a good day.”

“We played better than our record would indicate through our first seven games, so I was happy to see our team rewarded with two victories today. Our hitters are getting more comfortable in the box, and our pitching is going to set the tone for us. Today we threw strikes and had good control in the zone. We need our pitching to step up and keep us in games, and today showed what that group is capable of accomplishing.”

Valpo (3-6) and Middle Tennessee (8-5) will lock horns for the finale of the four-game series on Sunday at 1 p.m. CT. The game will air on C-USA TV with links to live video, audio and stats available on ValpoAthletics.com.