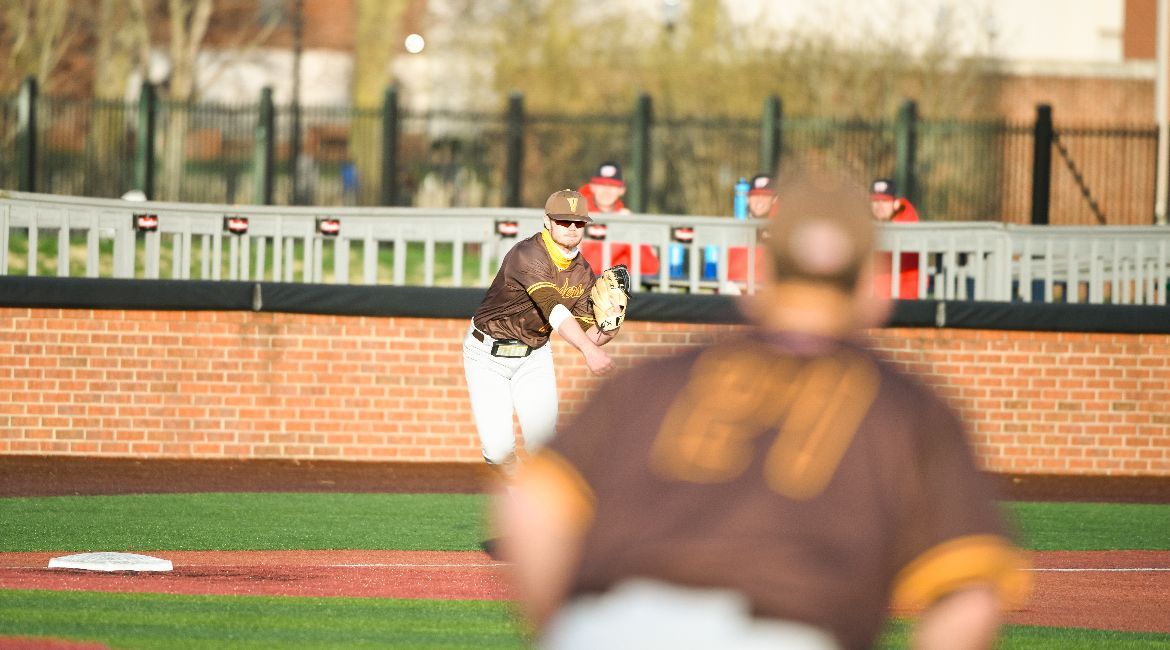 Next Up in Valpo Baseball: After having last weekend’s scheduled nonconference series at Oakland canceled due to COVID-related concerns within Oakland’s program, the Valparaiso University baseball team will resume its Missouri Valley Conference slate this week. A short trip south to Terre Haute is in store as Valpo begins a four-game series with nationally-ranked Indiana State on Friday.

Last Time Out: Valpo dropped all four games to MVC preseason favorite Dallas Baptist at Horner Ballpark in Dallas in the first series of conference play, though all four matchups were decided by five runs or fewer against a quality foe with the final two decided by three or fewer. The tightest game in the series was the nightcap of the Good Friday doubleheader, as the host Patriots prevailed 9-8 in a seesaw battle.

On the Air: All four games in the series will air on ESPN3 with Luke Martin (play-by-play) and Tyler Ward (analyst) describing the action. Links to live video, audio and stats for all four contests can be found on ValpoAthletics.com.

Series Notes: Valpo is 30-46-1 all time against Indiana State, a matchup that dates all the way back to 1947. The Brown & Gold dropped all three in Terre Haute in the most recent series, which occurred April 12-13, 2019. Indiana State is a perfect 6-0 against Valpo in Missouri Valley Conference matchups. All told, Valpo has dropped 11 straight head-to-head meetings with the Sycamores dating back to an 11-2 victory in Game 1 of a doubleheader on March 31, 2007.

All in The Family

A pair of noteworthy individual streaks were extended during Valpo’s series at DBU (April 1-3). Sophomore first baseman Kyle Schmack hit safely in all four games in the series, upping his hitting streak to 12. That marks the program’s longest such streak since Nate Palace’s 14 gamer in 2017. In addition, a ninth-inning hit by pitch in the series finale helped fifth-year senior outfielder Steven Fitzsimmons extend his on-base streak to 18. He became the first Valpo player to reach that number since Giovanni Garbella in 2018.

Other Notes Wrapping Up DBU (April 1-3)

In the Other Dugout: Indiana State

Tieman Cracks Top 10: Jon Tieman earned the win in the March 20 extra-inning victory at Western Kentucky by virtue of 3 2/3 innings of scoreless relief. He yielded two hits and no walks while striking out five. He passed Jim Pomeroy (202, 1996-1999) for 10th on Valpo’s all-time strikeout list, and later moved into ninth during the series at DBU by surpassing Chuck Donley (1991-1995, 212).