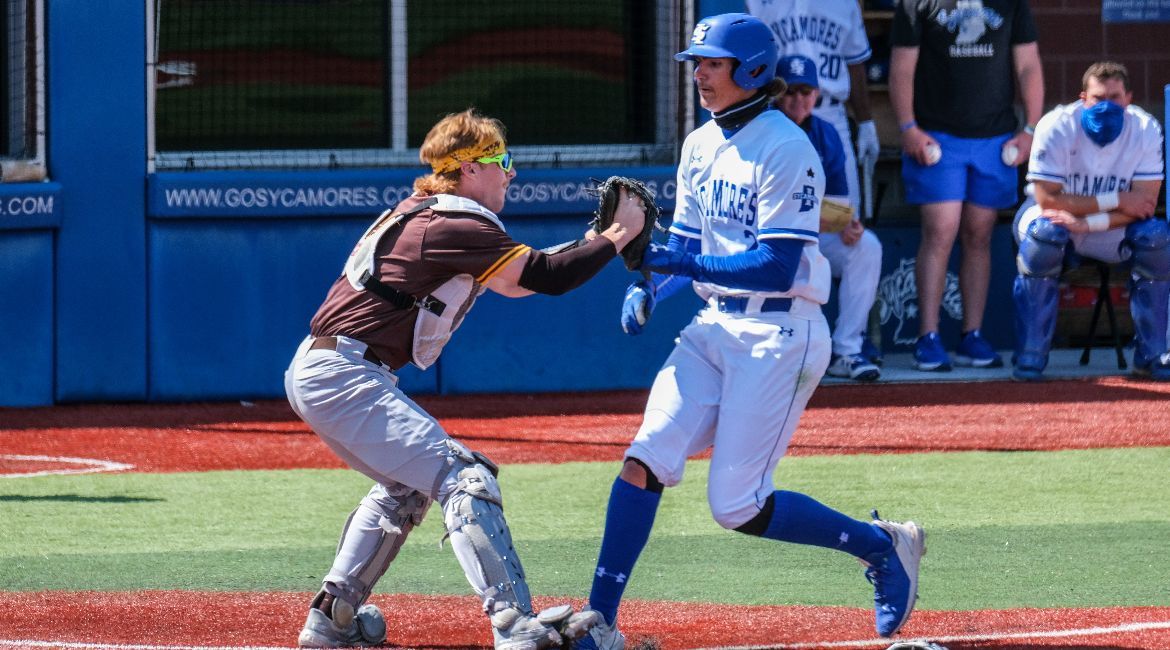 Catcher Jake Kapers tagged a runner out at the plate in the second inning to help Valpo escape a jam.
VALPO at #22 Indiana State | April 16, 2021

The Valparaiso University baseball team dropped the opener of a four-game, weekend series with Indiana State 5-0 on Friday afternoon at Bob Warn Field in Terre Haute, Ind. The No. 23 Sycamores received a masterful pitching performance from ace Geremy Guerrero. Valpo continued to pitch well, but a strong effort on the mound was outdone by the best pitcher on one of the nation’s best teams.

Valpo (5-17, 0-5) and Indiana State (17-8, 4-1) will match up again on Saturday at noon CT in a doubleheader in Terre Haute. Both games will be broadcast on ESPN3. Links to live video, audio and stats are available on ValpoAthletics.com.