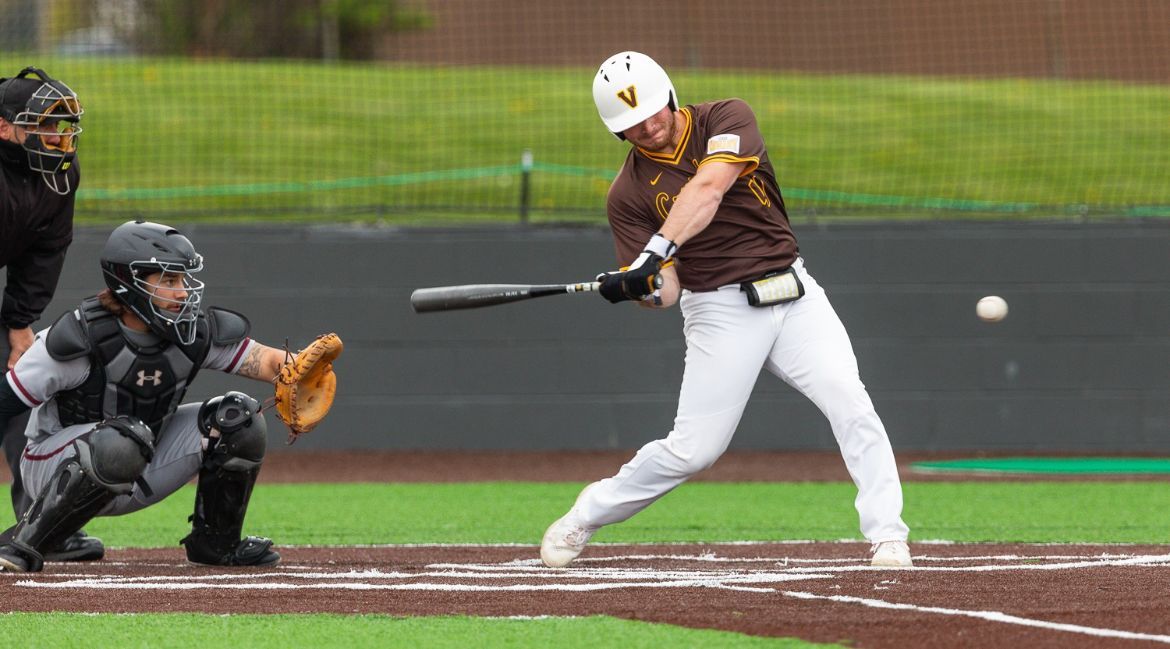 The Valparaiso University baseball team broke in its new field turf in celebratory style on Friday afternoon. Then, the team did it again on Friday evening.

A day that was already noteworthy for the program with the first games at the newly-renovated Emory G. Bauer Field became extraordinary when Valpo won both games of a doubleheader against Missouri Valley Conference foe Southern Illinois in walk-off fashion. Jonathan Temple (Turlock, Calif. / Turlock [Modesto JC]) delivered a game-ending home run in the bottom of the ninth of Game 1 to secure a 7-6 victory, then it was Riley Dent’s (Long Beach, Calif. / Wilson) turn to provide the heroics in Game 2 when he delivered a walk-off single in the bottom of the seventh to cap a four-run rally for a 4-3 triumph.

Valpo (7-20, 2-8) and Southern Illinois (25-11, 5-8) will continue the series at 1 p.m. on Saturday, weather permitting. Links to live coverage are available on ValpoAthletics.com. Check back to ValpoAthletics.com for any weather-related changes to the schedule for the remainder of the weekend.