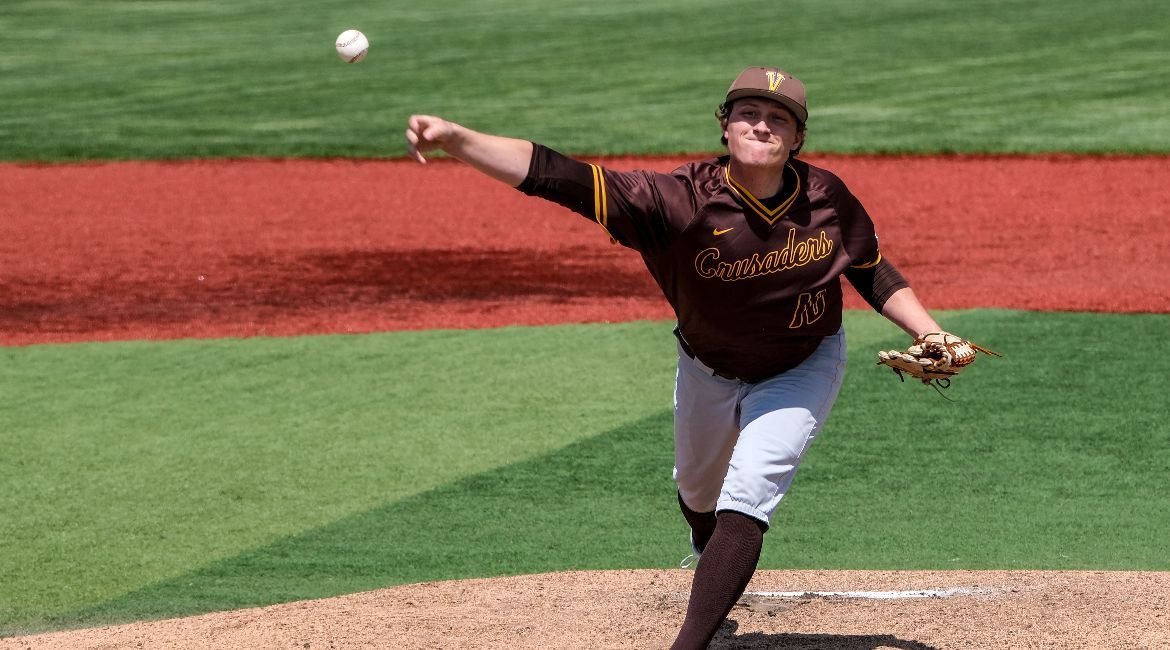 Seniors Easton Rhodehouse (Gilbert, Ariz. / Highland) and Jon Tieman (Crystal Lake, Ill. / Prairie Ridge) combined on a two-hit shutout and the offense capitalized just enough on numerous scoring chances as the Valparaiso University baseball team edged host Bradley 2-1 in Friday night’s seven-inning affair at Dozer Park in Peoria. Valpo bounced back to win the nightcap after incurring a 9-5 setback in a nine-inning opener to the twinbill.

Valpo (12-24, 7-11) and Bradley (15-16, 7-6) have announced a schedule change for the remainder of the weekend based on Sunday’s forecast. They will now face off in a doubleheader on Saturday at 11 a.m. at Dozer Park in Peoria to close out the series. The games will not have live video available, but a link to live stats can be found on ValpoAthletics.com.