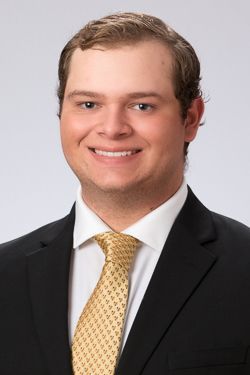 2020-21: Named MVC Scholar-Athlete Honorable Mention… Golfed in seven events totaling 19 rounds while posting a 74.00 scoring average that ranked second on the team… Season scoring average ranked seventh in program history, outdoing his own 74.10 from 2019-20… Finished the season with a career scoring average of 74.24 that ranks second in the program record book… Had three top-10 finishes and four rounds of par or better… Started his season in style by earning his second career individual medalist honor at the Lewis Flyer Intercollegiate (Sept. 28-29), posting a 215 (-1) over three rounds including a 71 in Round 2 that stood as his season best… His outing at Lewis helped him garner MVC Performer of the Week recognition… Tied his season best with a 71 in Round 3 of the Invitation at Savannah Harbor on Feb. 21, also tying for the best third-round score in the 87-player field. His 54-hole score of 218 led the team and ranked tied for ninth overall… Registered another top-10 finish in the 70-player Butler Invitational (March 29-30), ranking second on the team with a 217 to tie for 10th… Finished second on the squad at 18th overall at the MVC Championship in Flossmoor (April 26-27)… Member of MVC Academic Honor Roll.

2019-20: Ranked second on the team with a scoring average of 74.10 while participating in all seven events and golfing all 21 rounds… Finished the season with the sixth-best single-season scoring average in program history and with a career average of 74.33 that ranked third all-time… Had a season-low 69 (-3) in the third round of the Crusader Collegiate on Sept. 17, finishing as part of a three-way tie for runner-up honors with a 54-hole score of 211 (-5) in that event. In the program’s modern history, that score ranked tied for fifth in 54-hole tournament score and tied for fourth in 54-hole tournament score in relation to par… Took home individual medalist honors at the Zach Johnson Invitational (Sept. 30- Oct. 1) after carding a 215 (+2, 72-73-70) to win the 75-player event. He became the first Valpo golfer since 2017 to win individual medalist honors and joined an elite group that also includes Peter Webb, Zach Cutler, Kyle Henning and Thomas Wettstein as players who have won individual titles since the program relaunched in 2009-10… Was named the MVC Golfer of the Week on Oct. 2 following his medalist honor.

2018-19: Cracked the program’s all-time Top 10 in single-season scoring average as only a freshman, averaging a 74.52 over 27 rounds, which ranked second on the team and tied for eighth all-time… Led the team for the first time in his career with a 54-hole score of 216 (+3, 19th/96) on Sept. 24-25 at the SIUE Derek Dolenc Invitational… Enjoyed his first career Top 10 finish at the Butler Spring Invitational on April 1-2, when he shared the team lead with a 36-hole score of 142 (+2), allowing him to tie for eighth of 57. He tied for third in program history in overall 36-hole score and tied for seventh in 36-hole score in relation to par… Had his season low round in Round 2 of the MVC Championship on April 22 with a 70 (-2)… Finished as the team leader at the MVC Championship on April 22-23 with a 54-hole score of 220 (+4) to tie for 10th of 45 players. That marked the highest finish in a conference championship by a Valpo freshman since the program resumed in 2009.

Prep: Four-year letter winner… 2016 and 2018 IHSAA individual sectional champion… 2016 and 2018 IHSAA individual regional runner-up… Placed sixth at the 2018 IHSAA State Finals… Helped the Spartans to the 2016 IHSAA team regional title and to the 2017 sectional championship… Named second team all-conference in the NHC in 2015 (school didn’t have conference affiliation from 2016-2018)… 2018 IHSGCA first-team all-state… Recipient of 2018 Homestead Athletics McCracken Award, given to the most outstanding male athlete… Set the school record for 18-hole low with a 66 in the 2018 sectional tournament… Turned in Homestead’s all-time lowest single-season scoring average at 35.95 per nine holes… Two-time Golfweek Junior Tour Champion, 2017 GJT Tour Championship winner (70-72-66, -8), 2017 GJT all-Midwest Team and 2017 GJT Player of the Year... An eight-semester honor roll recipient… Graduated with honors and was a 2018 member of National Honor Society.

Personal: Majoring in communications… Born on Nov. 19, 1999… Son of Trampus and Robin Willis… In high school, was the first chair trumpet player in Homestead Jazz Ensemble and the voice of Homestead football and girls basketball on WCYT The Point. In addition, he was Homestead’s Homecoming King and a member of the school’s student ambassadors... Earned an Eagle Scout Award in December 2017.