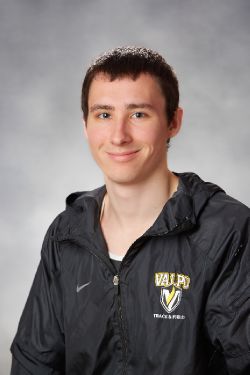 2014: Competed in a variety of events both indoors and outdoors as a junior ... led the Crusaders in three hurdling events indoors and the 110m hurdles outdoors ... finished in fifth place in the heptathlon at the HL Indoor Championships, setting a new program record with 4,094 points ... earned a third-place finish in the decathlon at the HL Outdoor Championships, moving into third in program history in the event with 5,333 points.