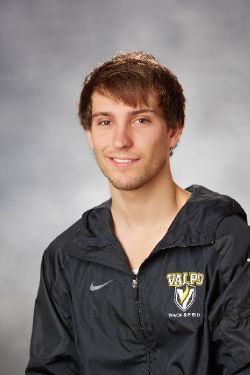 2012 (Cross Country): Competed in five races for the Crusaders in his sophomore season...finished in the top-five for Valpo runners in the Crusader Open with a time of 21:12.4...tallied seventh-best for the Crusaders at the Indiana Intercollegiates, Notre Dame Invitational, and Evansville Invitational...crossed the line at 28:00 in the Horizon League Championships 8K.

Prep: A three-year letterwinner for the Tigers … team conference champion as a senior … indoor state champion in the 4x800 meter as a senior … also earned three letters each in cross-country and ice hockey.

Personal: Eric is the son of Steven and Jill Loria … major is electrical engineering … born December 21, 1992.