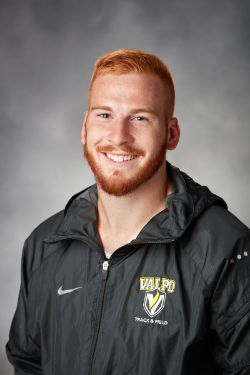 2014: Led the Crusaders in the weight throw during the indoor season with a mark of 59'11", moving into second in program history in the event ... finished in third place in the weight at the HL Indoor Championships ... posted team's top marks outdoors in both the hammer (175'6") and discus (141'0") throws, while also ranking third in the javelin throw (144'6") ... moved into second in Crusader history in the hammer ... placed sixth in the hammer and eighth in the javelin and discus at HL Outdoor Championships.