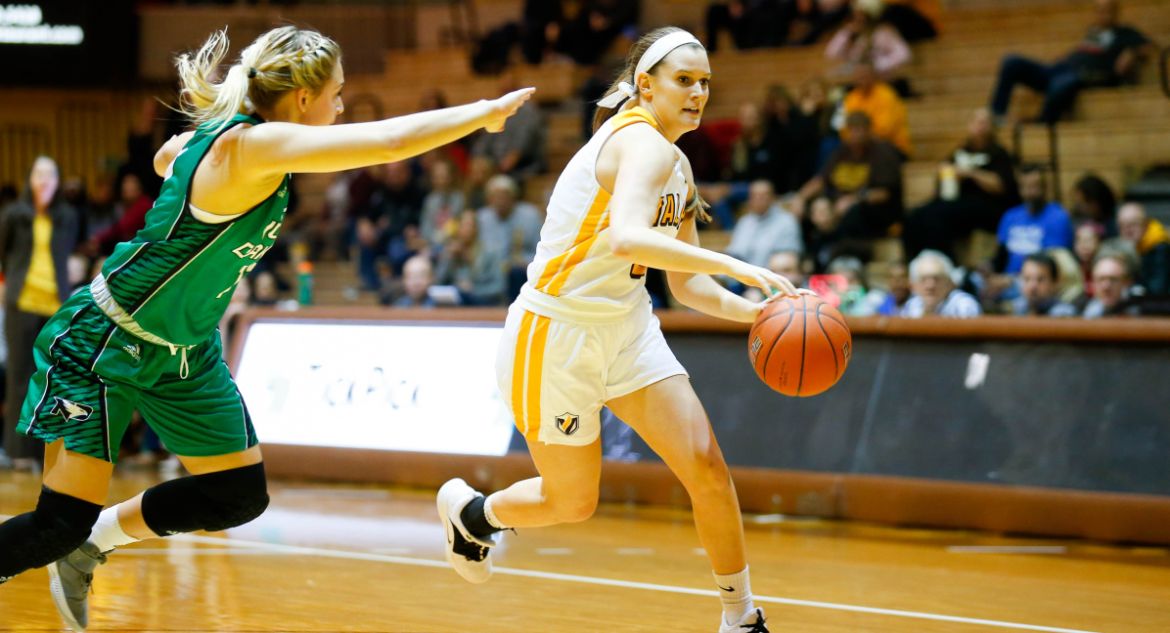 Next Up in Valpo Basketball: The Valparaiso University women’s basketball team will partake in a multi-team event this weekend at Ellis Johnson Arena in Morehead, Ky. Valpo will play the host Eagles on Friday before battling St. Francis Brooklyn on Saturday evening, while Chicago State is also taking part in the multi-team event.

Last Time Out: Despite a season-high nine made 3-pointers and four players in double figures, Valpo incurred a 73-54 defeat to Illinois on Wednesday night at the State Farm Center. Valpo had just seven free-throw attempts while Illinois got to the free-throw line on 33 occasions. Valpo was outrebounded by its Big Ten opponent 51-23 in a game that was highlighted by a career day for Allison Schofield, who finished with 16 points and drained four 3s. Grace Hales scored all 12 of her points after halftime, while Addison Stoller had 12 points in her return to her hometown area as Champaign is near her hometown of Cissna Park.

Following Valpo: Friday’s game can be seen on ESPN+, which is available on a subscription basis for $4.99 per month. Emma Tiedamann will handle play-by-play on ESPN+ for Friday’s game. Ben Ariano (play-by-play) and Brandon Vickrey (color commentary) will have the Valpo radio call of both games this weekend – Friday’s game will air on either 95.1 FM Valparaiso or online only on ValpoAthletics.com via UStream depending upon what time the Valpo men’s basketball team plays at the Myrtle Beach Invitational. Saturday’s game will have no video feed but will air on 95.1 FM Valparaiso. Live stats for both games will be available.

Valpo in an MTE: This marks Valpo’s first appearance in an in-season multi-team event since the USD-Courtyard San Diego Central Classic when Valpo played San Diego and Northern Colorado on Thanksgiving Weekend in 2015. Valpo’s last victory in a multi-team event was in 2013, when wins over Chicago State and Toledo allowed the team to take the Toledo Invite title.

1,000 Point Tracker: Valpo senior Meredith Hamlet has moved to within striking distance of a noteworthy milestone as she enters Friday’s game with 993 career points, needing seven to hit the 1,000-point threshold for her collegiate career. She would become just the 15th player in program history to score over 1,000 points. It doesn’t take much of a journey into the Valpo women’s basketball history books to find the last 1,000-point scorer, as Dani Franklin reached the milestone on Jan. 17, 2017 at Green Bay.

Moving Up The List: Hamlet moved into the Top 15 in program history in career scoring with her 10 points on Wednesday night at Illinois. Her final point of Wednesday’s contest allowed her to move past Shari Toelke (1990-1994) and into sole possession of 15th place. Next, she’ll set her sights on Carrie Forsman (1992-1996), who ranks 14th on the all-time scoring list at 1,015.

Ascending the Assist Chart: Coincidentally enough, Valpo had two players enter the Top 15 in program history in different statistical categories on Wednesday night in Champaign. Hannah Schaub cracked the Top 15 in career assists by moving into a tie for 15th with her former teammate Lexi Miller (2012-2016). Schaub dished out a team-high five assists in Wednesday’s defeat, lifting her career total to 246. Megan Newcomer (1996-2000) is 14th with 247, while Agnieszka Kulaga (2005-2009) is 13th at 256.

Balanced Effort: Valpo had a quartet of players reach double figures on Wednesday at Illinois. Allison Schofield had a career-high 16 points, Grace Hales registered 12 points all after halftime, Addison Stoller posted 12 points in front of numerous friends and family members and Meredith Hamlet had 10 to move into the program’s Top 15. That marked the first time Valpo had four or more players in double figures in the same game since Jan. 26 of last season, when six players had 10 or more points in a 101-59 win over Evansville.

Schofield in the Spotlight: Allison Schofield hadn’t started a game in her three-year collegiate career before this season, but the senior has started each of the three games this year and has seen a significant uptick in playing time. She set career highs in points (16) and made field goals (6) on Wednesday at Illinois, surpassing her previous personal bests of 15 and four in those categories, both set in March 2017 against Green Bay in the Horizon League Tournament. Schofield drained four 3s in the game against the Fighting Illini, equaling a career high also reached in the aforementioned game two seasons ago against the Phoenix.

Hitting from Distance: Valpo accumulated nine 3-pointers in Wednesday’s game at Illinois, more than the team had in the first two games of the season combined. Furthermore, the nine made triples were the most by Valpo since Jan. 5 of last season, also nine against Illinois State.