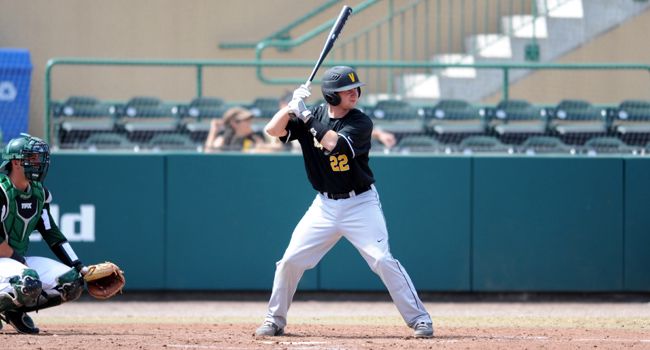 This Week in Crusader Baseball: The outlook appeared bleak a week ago before Valpo awoke to pound the Wright State Raiders in all three games. Coupled with Milwaukee’s similar treatment of UIC, the sweep leapfrogged Valpo into second place in the Horizon League standings. The Brown and Gold then took care of business against Goshen College and Western Michigan to extend their winning streak to six games. While the Crusaders can not overtake first place even in a best-case scenario, they can cement themselves into the runner-up slot with a good showing this weekend.

Head Coach Tracy Woodson: Tracy Woodson, the 16th head coach in Valparaiso University history, is in his seventh season at the helm of the Crusaders and has a 175-205 (.461) record both for his career as well as at Valpo. Woodson ranks third in school history for career wins by a head coach. A member of the Los Angeles Dodgers 1988 World Champion team, he has also managed in the minor leagues through the AAA level.

Probable Starters: Senior RHP Chris DeBoo (3-6, 5.03) will take the ball Friday in the first game of the set for the Crusaders. Milwaukee will counter with RHP Jake Long (6-2, 1.41). Saturday’s matchup will feature freshman LHP Dalton Lundeen (3-0, 4.24) opposite senior RHP Cale Tassi (4-5, 4.39). Panthers’ skipper Scott Doffek will call on LHP Mike Schneider (7-2, 2.98) in the series finale while Valparaiso is undecided on a starter for Sunday’s tilt.

The Panthers are at the head of the class in a great number of offensive rate stats in the Horizon League. They’re 43rd in the country with a .296 batting average. A myriad of rainouts has kept Milwaukee in the middle of the pack in many of the counting stats in the Horizon League. If the season ended today, Milwaukee would more than likely be home to both the Pitcher of the Year (Jake Long) and the Player of the Year (Michael Porcaro).

Jake Long gets the ball Friday for Milwaukee. His peripherals don’t stand out, but the senior is the Horizon League ERA champ (1.41) by leaps and bounds. While Long doesn’t possess a devastating out pitch, it’s been his ability to keep the ball in the yard that has aided him most. In 63 2/3 innings pitched, he’s yielded just five extra-base hits (three doubles, two home runs). The right-hander has tossed three shutouts in 2013, one coming against the Crusaders on March 29th at Les Miller Field in Chicago. Long has a 0.89 ERA in HL play.

Valpo will face right-hander Cale Tassi Saturday. The Crusaders chased Tassi in the 6th inning of his start in Chicago at the end of March. His 4-5 record and 4.39 ERA is not what was in the crystal ball of many presesason prognosticators, but Tassi’s three wins in conference play is second-most. Tassi also leads all Milwaukee pitchers in extra-base hits allowed (15).

Junior Mike Schneider will make the start in the series finale on Sunday. The lefty possesses perhaps the best stuff of all three starting pitchers, but control has been his Achilles’ heel (37 walks in 57 1/3 IP). Schneider struck out ten Crusaders while allowing an unearned run in his last start against Valpo. He leads the Panthers in strikeouts (46), walks, and batters hit-by-pitch (10). Schneider has been excellent at shutting down the opponents’ running game, as only two baserunners have been successful in nine tries with him on the hill.

Head coach Scott Doffek is in his seventh season at the helm at Milwaukee, his 19th year overall with UWM. He was named Horizon League Coach of the Year in 2009 and also holds the record for most wins by a first-year coach (25). Milwaukee has finished below .500 in conference play just once under Doffek.

Et Cetera: April was a very good month for a number of Crusaders. Chris Manning went 28-for-70 last month to raise his average to .322. John Loeffler, who owns a 34-game on-base streak, boosted his average to .313 with a 26-for-68 April. Tanner Vavra scored 17 runs last month while hitting .394 (26-for-66). His .340 batting average leads all starters...closer Karch Kowalczyk has yet to allow a run this season...Ben Mahar has not allowed a run in his last seven outings spanning 12 2/3 innings...Andrew Bain is batting .405 vs. lefties, but just .232 against righties...Bryce Hara is 19-for-36 when leading off an inning...as a team, the Crusaders are batting .211 with the bases loaded, but their .277 overall batting average is now in the top half of college baseball.