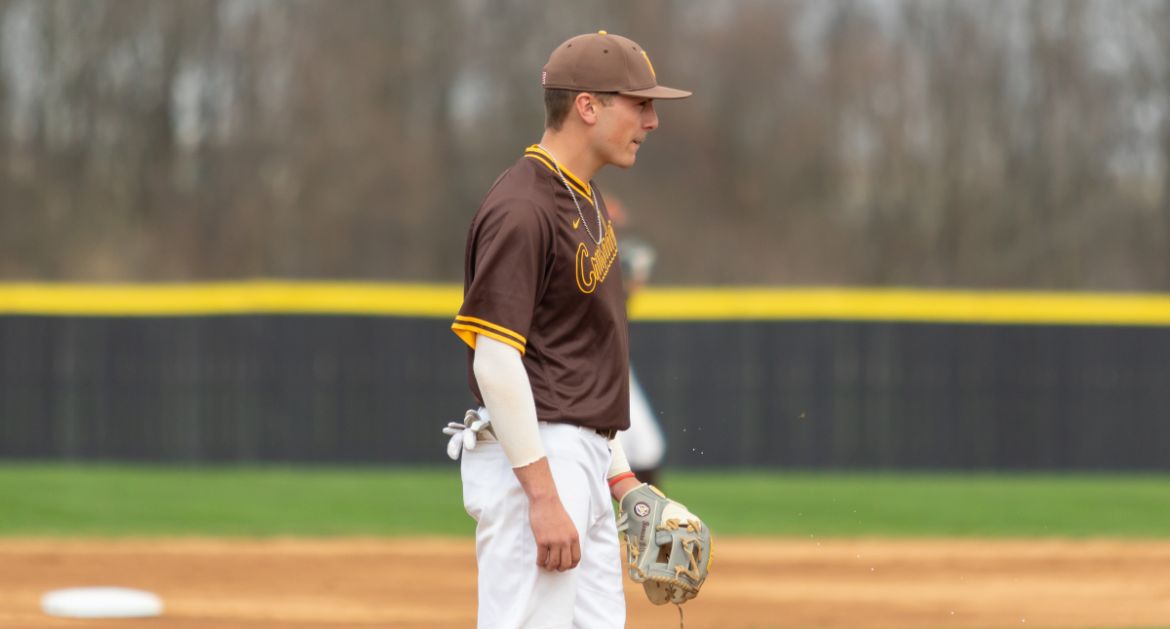 Next Up in Valpo Baseball: The Valparaiso University baseball team will step outside of Missouri Valley Conference play this weekend for a nonconference series at SIU Edwardsville leading into the Easter holiday. The two teams will play a single game on Friday before clashing in a scheduled doubleheader on Saturday.

Last Time Out: Valpo exploded for a season-high 11 runs including three home runs on a sunny day at Emory G. Bauer Field on Tuesday. Keegan Bates went six strong innings in his first career start and the Valpo pitching staff yielded just three hits in an 11-1 win over the Broncos that ended after seven innings due to the 10-run rule. Blake Billinger, Jeremy Drudge and Sam Shaikin all homered for Valpo, while Chase Dawson had three hits. There were several noteworthy occurrences in the Valpo victory.

On the Air: Live audio and stats for all three games of the series will be available courtesy of SIU Edwardsville Athletics. Links can be found on ValpoAthletics.com. In addition, follow @ValpoBaseball on Twitter for in-game updates.

Series Notes: This will mark the eighth meeting between these two teams with SIUe having won three of the first seven. Valpo prevailed 9-5 on March 20, 2011 in Edwardsville in the most recent matchup.

Double the Fun: When head coach Brian Schmack announced his team’s schedule in November, this weekend featured the only doubleheader on the slate as Valpo and SIU Edwardsville will play two on Saturday in order to enjoy Easter Sunday off. However, doubleheaders have become the norm rather than the exception for Valpo as this will mark the team’s eighth doubleheader of the year with the previous seven coming due to inclement weather that altered weekend series schedules. The team also opened the season with a set at Lipscomb that was shortened to two games due to rain, so the only series all year that has been the scheduled Friday-Saturday-Sunday was March 29-31 at DBU. The seemingly inordinate number of twinbills does have a recent precedent as Valpo played nine doubleheaders in 2017. However, the majority of those were scheduled due to a seven-team Horizon League double-round robin format where teams played five games against each league opponent.

Power Surge: Valpo’s Sam Shaikin has gone on a power surge of late, drilling four home runs in a five-game span. He is hitting .474 in that time to boost what had been a .190 batting average. Shaikin, a four-year starter on the left side of Valpo’s infield, is up to 20 career home runs. He needs two more homers to enter the Top 5 in program history. He also recently reached the 100-RBI milestone and now has 101 for his career. Shaikin is threatening the career record book in that area as well as he needs 15 more to crack the program’s Top 10. In addition, Shaikin is now fifth in program history in career walks with 92. He needs six more to move into a tie for fourth.

Dent Doing Damage: Riley Dent enjoyed his team-leading 11th multi-hit game of the season on Sunday at Indiana State, continuing his quality year at the dish. The junior's .330 batting average is a significant improvement from his first two seasons, when he hit .206 in 2017 and .209 in 2018.

In The Other Dugout: SIU Edwardsville