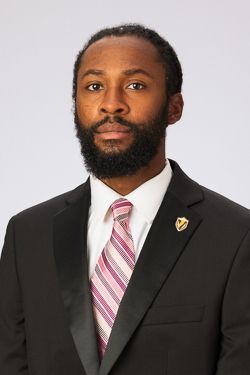 Fred Gladney completed his second year on the Valpo coaching staff in Fall 2021, serving as the team’s wide receivers coach.

In his second season with the program, Gladney was part of a Valpo coaching staff that led the team to its second straight season with a Pioneer Football League record of .500 or better during the Fall 2021 campaign. That marked the first time Valpo had achieved that feat in consecutive seasons since 1999 and 2000. The Beacons won four Pioneer Football League games in the same season for just the third time ever (2017 and Spring 2021) and four league games in any conference for just the third time since 1968.

Gladney was part of an offensive staff that helped Valpo score 298 points during the Fall 2021 campaign, the fifth most in program history. During the Nov. 6 game vs. Presbyterian and the Nov. 13 game vs. Butler, Valpo totaled 112 points in a two-game span, tying the 2017 squad (vs. Marist, vs. Morehead State) for the program’s most points over two games since 1985. The team’s 65 points in the win over Presbyterian marked its highest single-game scoring output since 1996 and the fifth-highest single-game scoring output in program history.