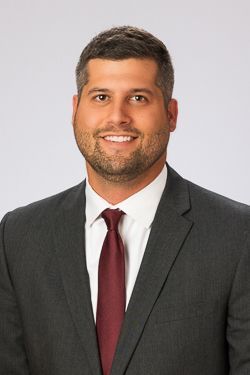 In his first season with the program, Bayer was part of a Valpo coaching staff that led the team to its second straight season with a Pioneer Football League record of .500 or better during the Fall 2021 campaign. That marked the first time Valpo had achieved that feat in consecutive seasons since 1999 and 2000. The Beacons won four Pioneer Football League games in the same season for just the third time ever (2017 and Spring 2021) and four league games in any conference for just the third time since 1968.

Bayer guided the special teams unit to numerous accomplishments in Fall 2021, including leading the nation in blocked kicks with nine, the second most in program history and most since 1991. Valpo was the only team in all of Division-I college football (both FCS and FBS) to block nine kicks during the season. On Oct. 30 at San Diego, Valpo tied a PFL record for blocked kicks in a single game with three. Brett Bittner blocked three kicks during the season, finishing as one of just six players in the FCS nation with three or more. Elsewhere on special teams, Valpo made 12 field goals, tied for the fifth most in program history.

A loaded Fall 2021 specialist group also featured Brian Bartholomew, who finished the season tied for second in single-season program history with 12 made field goals. He also cracked the program record book by finishing with 32 made PATs, a total that ranked fifth all-time. He led the PFL in both field-goal percentage and made field goals per game.

Bayer was a member of the St. Louis Rams active roster from May 2014 to August 2015 and the San Diego Chargers practice squad from September 2015 to January 2016.