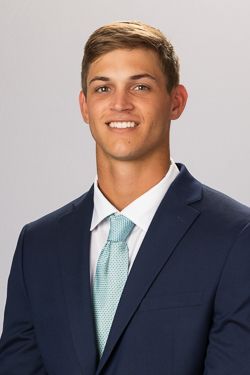 Andrew Lutgens finished his second season on the Valpo coaching staff in 2022, serving as the team’s linebackers coach. He also plays a key role in instructing the program’s special teams unit.

In his second year on staff, Lutgens helped Valpo finished with a Pioneer Football League record of .500 or better for the third straight season, including the program’s first win at Morehead State since 2006 and first ever win at Marist. Lutgens’ position group featured Ben Hines, who was named to the All-PFL First Team and ranked in the top 10 in the league in tackles per game.

In his first season with the program, Lutgens was part of a Valpo coaching staff that led the team to its second straight season with a Pioneer Football League record of .500 or better during the Fall 2021 campaign. That marked the first time Valpo had achieved that feat in consecutive seasons since 1999 and 2000. The Beacons won four Pioneer Football League games in the same season for just the third time ever (2017 and Spring 2021) and four league games in any conference for just the third time since 1968.

In Fall 2021, Lutgens helped coach a group of linebackers that included a pair of All-PFL Honorable Mention picks.

The Brentwood, Tenn. native joined the Valpo staff after serving as the tight ends coach at Randolph College during the spring of 2021. He graduated from the University of Dayton in 2020 with a degree in sport and fitness administration/management. Lutgens finished out his time at Dayton as a student coach after playing for the Flyers from 2016-2019. He was a team captain and Preseason All-PFL First Team selection in 2019. He had 68 tackles in 2017 and matched that number in 2018, earning First-Team All-PFL honors following his redshirt sophomore campaign.