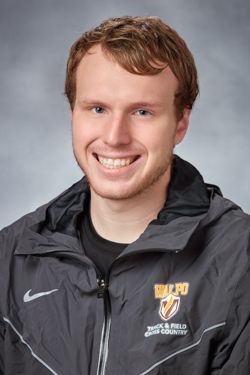 2019: Did not compete during the season.

2018: Received a fourth place finish on April 6 at the Gibson Invitational with a javelin throw of 153-7…Threw a personal best of 164-3 on May 11 in the Missouri Valley Conference Championships to place sixth… Received MVC Scholar-Athlete honors for the outdoor season.

2017: Notched a 167-4 in the javelin on March 18, the second-best mark by any Crusader this season and a personal career watermark.

Personal: Son to Nancy and Paul Rhodes…major is mechanical engineering.