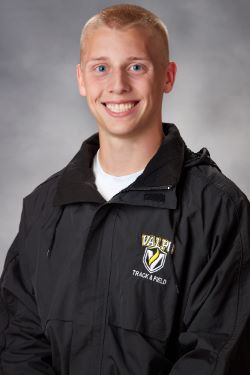 2020: On Jan. 24-25, recorded a ninth-place finish in the 60-meter hurdles at Indiana State’s John Gartland Invitational… Also ran anchor on the Valpo 4x400-meter relay team, which finished third… Set Valpo’s second-best mark in the heptathlon on Feb. 7-8 at University of Chicago’s Windy City Rumble, finishing with 4,308 points and in fifth place… Competed in the heptathlon in the MVC Indoor Championships at UNI on Feb. 29-March 1, where he set career-bests in the 60-meter dash, 60-meter hurdles and pole vault.

Personal: Races Bicycle Motocross (BMX) and has been doing so since 2003… Has five national wins as a BMX racer and is a certified Expert Racer… Favorite food is pizza, movie is Shrek and type of music is alternative and heavy metal... Majoring in mechanical engineering… Son of Alisha and Andrew Fortener… Born on April 2, 1999.