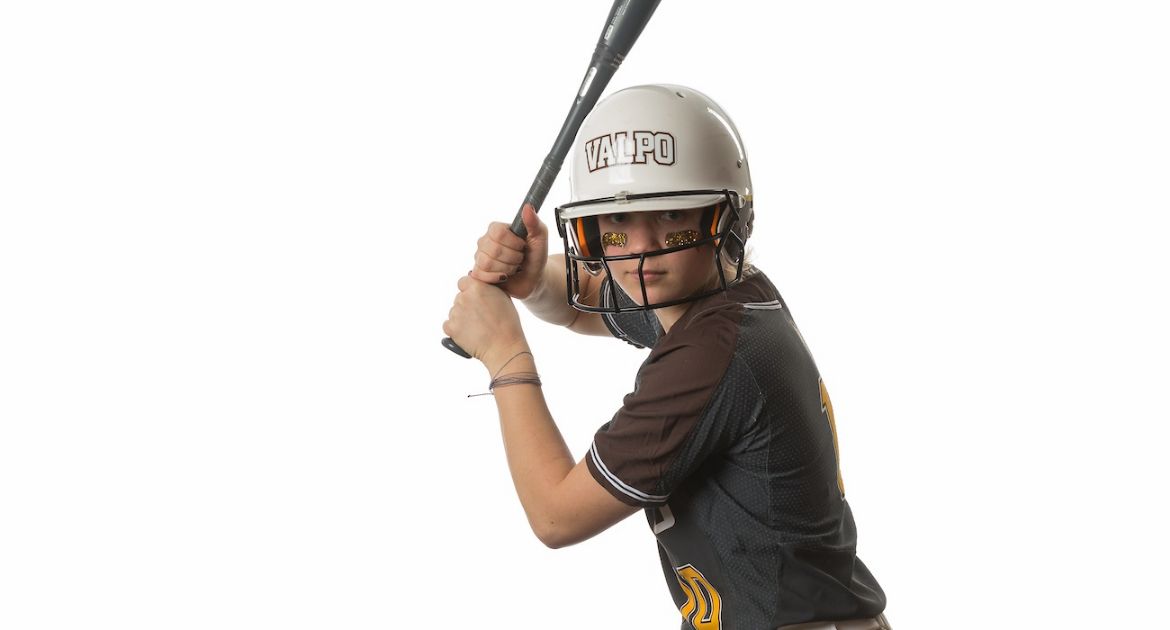 Next Up in Valpo Softball: After a weekend away from competition on the diamond, the Valparaiso University softball team looks to dodge some potential inclement weather and get some games in this weekend at the Liberty Challenge in Lynchburg, Va. Valpo is slated to play Bucknell, Delaware State, Princeton and Wright State in addition to the host Flames.

Looking Ahead: Valpo heads down to the Green and White Invitational, hosted by Charlotte, Mar. 1-3 and then plays a single game at North Carolina State Mar. 5.

Following Valpo Softball: All five games from this weekend’s tournament will have live stats available via ValpoAthletics.com.

Head Coach Kate Stake: Kate Stake was hired as head coach of the Valparaiso softball program on July 23, 2014 and enters her fifth season as head coach in 2019. Stake, who is 89-121 at Valpo, led the Crusaders to the 2016 Horizon League Championship and a berth in the NCAA Tournament - the third in program history. Stake arrived at Valpo with eight seasons of assistant coaching experience at the Division I level, most recently serving as an assistant at mid-major power Hofstra. She played her collegiate softball at fellow MVC member Illinois State and is a 2005 graduate of ISU.

Series Notes: Valpo will face Delaware State for the first time in program history this year. The Crusaders are 1-0 against Princeton, beating the Tigers last season, 10-8, at Grand Canyon, and are 0-1 against Bucknell, falling 6-2 to the Bison in 2015. Valpo and Liberty split a doubleheader in 1986 in the only meetings in program history. Valpo owns a 29-16 advantage in the all-time series against Wright State, and swept three games from the Raiders in their final meeting as Horizon League opponents in May of 2017.

Contributing Immediately: Freshman Jaina Westphal enjoyed a strong start to her Valpo career on opening weekend at Mississippi State. Westphal hit a team-best .400 and reached base at a team-high .538 clip in her first collegiate action. Starting all five games in left field, she went 4-for-10 with a pair of runs scored, three sacrifice bunts and stole three bases in as many attempts. She hit safely in four of Valpo’s five games on the weekend.

Other Debuts: Westphal was one of five Crusaders to make her first appearance in a Valpo uniform in the season opener against Stephen F. Austin. Freshman Taylor Herschbach started at third base and junior Jenna Edwards started in the circle, while freshman Taylor Tonoian came in to catch and freshman Taylor Knight entered in relief at pitcher in that game.

New Positions: A couple Valpo starters found themselves manning different positions than they have up to this point in their Crusader careers on opening weekend. Junior Morgan Matalin, who made just one of 72 starts in center field over her first two seasons, started all five games in center field. Meanwhile, sophomore Brittany Anderson, who split her 25 starts a year ago between first base and DP, started three of the five games in right field.

Earning the Free Pass: Matalin drew a walk in her second plate appearance in the first game against Mississippi State Feb. 9, a free pass which was a long time coming. The junior went the entire 2018 season without earning a walk, and in fact had gone 644 days between walks - her last free pass coming on May 6, 2017 against Wright State. Matalin actually went on to take another walk in her very next time at the plate, and ended the weekend tied for team-high honors with three base on balls.

Leader of the Pack: Junior pitcher Kelsie Packard will look to lead the way in the circle this year after closing strong last season. The 2018 MVC Newcomer of the Year, Packard made 23 appearances in the circle in her first year at Valpo, going 8-5 with a 2.68 ERA in 102 innings of work and striking out 111 batters. She stood out in MVC play, going 6-3 with a 1.78 ERA and striking out 78 batters over 67 innings in conference action. Packard finished the season ranked third in the MVC in conference-only play in opponents’ batting average (.216), fourth in ERA and fourth in strikeouts.

Experience Up the Middle: While this year’s Valpo team features just two seniors, the duo has the middle of the diamond on lockdown. Second baseman Carly Trepanier and shortstop Jaymee Lawton have been stalwarts in the starting lineup - Trepanier for each of her first three seasons, and Lawton the last two years after transferring to Valpo. Last season, Trepanier was an MVC All-Defensive Team selection and hit .291 (48-for-165) with 23 runs scored and 17 RBIs. She led the Brown and Gold in batting average, on-base percentage, doubles, triples, hits and walks. Meanwhile, Lawton hit .261 (35-for-134) with 25 runs scored and 30 RBIs in 2018 and tallied 11 home runs, tied for fourth in a single season in program history. Lawton enters her senior year with 16 career home runs, already ranking among the program’s career top-10 chart.