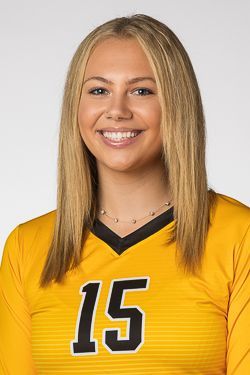 Prep: A four-year letterwinner for the Cardinals ... First Team All-Conference selection each of her final two seasons ... received All-County recognition as well ... led the Cardinals in kills in each of her final three seasons ... paced the squad in blocks as a senior ... played her club volleyball for Illini Elite ... helped team claim 17 Open Champions at Triple Crown in 2020 and also win the President’s Day Classic that year ... finished in third place at AAU Nationals in 2018.