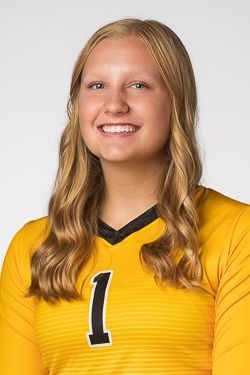 Prep: The first recruit in program history to earn a spot on one of the AVCA’s three High School All-American teams, as she was named a Second Team All-American following her senior year ... helped Penn reach #1 ranking in the state as a senior ... an AVCA All-Region selection and First Team All-State as a senior ... earned Second Team All-State honors earlier in her career ... three-time First Team All-Conference selection ... stood out in club play for NIVA Jrs as well ... named an All-American at 18s Nationals in the American division ...  an All-American at 17s Nationals in the Premier division ... named MVP of the 17 open Beast of the Southeast tournament.