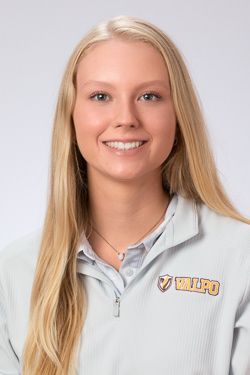 2020-21: Finished third on the team as a freshman with an 84.88 scoring average… Golfed in all 17 rounds over seven events… Led the team and turned in a top-15 finish with a 245 over 54 holes at the MSU Spring Invitational on March 15-16 in Springfield, Mo… Had her season-low 79 in the opening round of the ISU Spring Invitational on April 4 in Terre Haute… Finished second on the team with a 263 over three rounds at the MVC Championship (April 19-20) in St. Charles, Mo… Member of MVC Academic Honor Roll.