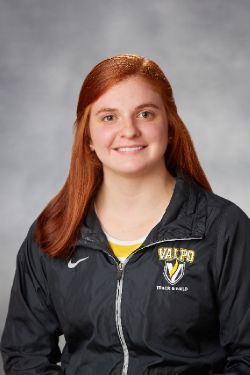 2012: Competed for the Crusaders in the pole vault ... went on mission trips to Belize and Mexico.

Personal: Ashley is the daughter of Donna and Scott Heisey ... major is Chemistry ... born January 29th.