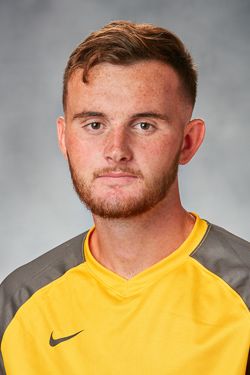 2017: Played in 11 games as a key member of Valpo’s defense… Two took shots and placed one on goal… Named to the Chicago Classic all-tournament team after Valpo won the tournament title with wins over Loyola and DePaul.

Grand Canyon (2015-16): Appeared in 14 games and made four starts as a freshman in 2015, recording one goal... Attempted two shots as a defender during his freshman season and placed both on goal... Played in three games and made one start during his sophomore campaign.

Personal: Member of his high school's honor roll... Originally from Ireland, where he lived until age 12... Born on June 25, 1997... Majoring in sports management... Son of Michael and Grainne and has two brothers, David and Andrew.