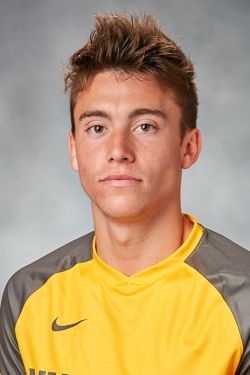 2018: Played in six games and made four starts while scoring one goal and hitting three shots, all on frame… Scored his first goal in a Valpo kit on Nov. 3 vs. Drake, the lone goal of a 1-0 victory. He broke a scoreless deadlock at the 29:38 mark by keeping composed in a one-on-one opportunity and slotting the ball into the bottom right corner.

Personal: Son of Bruce and Nunn Marcey… Has one sister, Abby and one brother, Evan… Majoring in communication… Born on Feb. 21, 1998… Lived in France for three months… Father played soccer at Bucknell and mother ran cross country at Auburn.