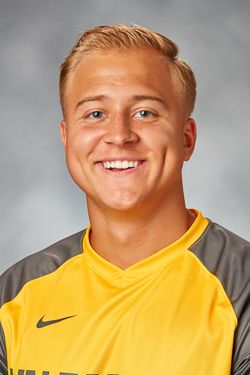 2017: Played in seven matches and had one assist in his first year at Valpo… Made his Crusader debut on Sept. 23 against Central Arkansas… Assisted on a Jonas Engler goal in a 5-2 win at Western Illinois on Oct. 12.

Prep: Three-year varsity player at Palatine... all-conference junior and senior year including 35 goals over three years... Also played baseball... maintained a 3.5 GPA and was a member of National Honor Society.

Personal: Born on May 21, 1997... Son of Robert and Nicole Curylo... Has two siblings, Brianna and Chet... Majoring in excercise science... Enjoys snowboarding, fishing and spending time with friends.