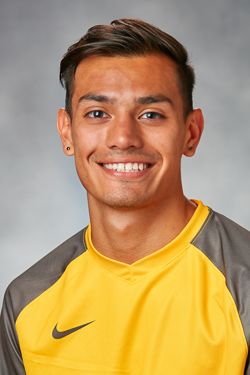 2018: Played in 12 games and made six starts… Scored his first goal in a Valpo uniform on Aug. 26 at Marquette, accounting for his team’s lone goal in a 3-1 loss. He scored on a rebound that he fired off with his right foot and finished inside the right post… Finished the season with six shots, three shots on goal and one goal.