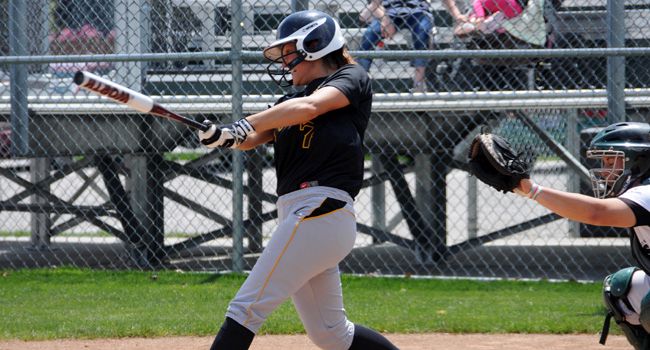 Next Up in Crusader Softball: After a weekend off, Valparaiso resumes the 2012 slate this weekend at the Frost Classic, hosted by UT-Chattanooga.  The Crusaders will also take on East Tennessee State, UT-Martin, Niagara and Belmont over the course of the three-day tournament.

Previously: Valpo kicked off the 2012 campaign at the Ramada Inn UNI Dome Classic two weekends ago, but the tournament had to be moved to Iowa State’s campus due to equipment failure at UNI.  The Crusaders started the year with a 6-0 loss to UNI, but won their final three games at the event, defeating Nebraska-Omaha (6-0), Iowa State (11-5) and Drake (5-3).

Head Coach Jordan Stevens: Jordan Stevens enters his second season at the helm of the Valparaiso University softball program in 2012 after leading the Crusaders to a successful season in his first year in charge in 2011.  Stevens guided Valpo to 34 victories in his debut campaign, just one win shy of the program's single-season record.  Valpo finished Horizon League play with a 15-7 record, finishing just one-half game out of the regular season championship, and was within one run of advancing to the league tournament championship.

Series Notes: Valpo has faced all five of its tournament foes this weekend previously, but none of the squads more than twice.  The Crusaders are 1-1 all-time against East Tennessee State and 0-2 versus UT-Chattanooga, UT-Martin and Niagara.  Valpo also lost its only previous meeting with Belmont as well.

Off to a Strong Start: The Crusaders’ 3-1 start marks just the second time in the last decade that Valpo has captured three of its first four games of the season.  Ironically enough, the only prior time it happened in the last 10 seasons (2010), the season began at UNI’s tournament with a loss to UNI before three straight neutral-site wins as well.

Spreading Out the Scoring: Valpo scored 22 runs over the opening weekend of the season, and spread the run production out up and down the lineup.  All nine regular starters crossed the plate at least twice, while a trio of Crusaders (Doerffler, Marinec, Strickland) led the team with three runs scored apiece.

Lagesse Shuts Them Down: Lagesse earned the league weekly honor after registering two of the Crusaders’ three wins over the opening weekend, posting a perfect 2-0 record.  The senior tossed a four-hit shutout in her first start of the season against Nebraska-Omaha, striking out nine in a 6-0 Valpo victory.  Lagesse also started and went the distance for the victory against Drake, surrendering just two earned runs while striking out four in that win.  She also entered in relief in Valpo’s other two games, ending the tournament with a 2.33 ERA and 18 strikeouts in 18 innings pitched.

Duncan on the Debut: The Crusaders’ starting DP in all four games on the opening weekend, Duncan went 6-for-14 (.429) in the tournament with two runs scored and a team-high six RBIs while posting a .714 slugging percentage.  Duncan picked up hits in all four games, including 2-for-4 efforts against both Iowa State and Drake in victories.  She tallied an RBI double in Valpo’s win over Nebraska-Omaha and hit her first career homer, a three-run shot, as part of a four-RBI game against Iowa State.

Swinging the Hot Bats: Duncan was just one of four Crusaders who hit at better than a .400 clip in the first weekend of the 2012 campaign.  Senior Jordan Rutkowski led the way by hitting .500, going 6-for-12 with a pair of RBIs.  Sophomore Amanda Wisniewski went 4-for-9 (.444) and led the Crusaders in slugging at an even 1.000, tallying two doubles and a homer among her four hits.  Senior Kelsey Phalen rounded out the quartet of hot hitters, going 5-for-11 in the opening weekend for a .417 average.

Strickland Sets Yet Another Record: Senior Sara Strickland has completely white-washed the Valpo record books over her four-year career, and found yet another career mark to set in the first weekend of play.  The center fielder, who entered her final season already holding six Crusader career records, drew a pair of walks in the first four games, giving her 71 career free passes.  The 71 walks betters the previous program record of 70, set by Karen Ingram (1991-1994).