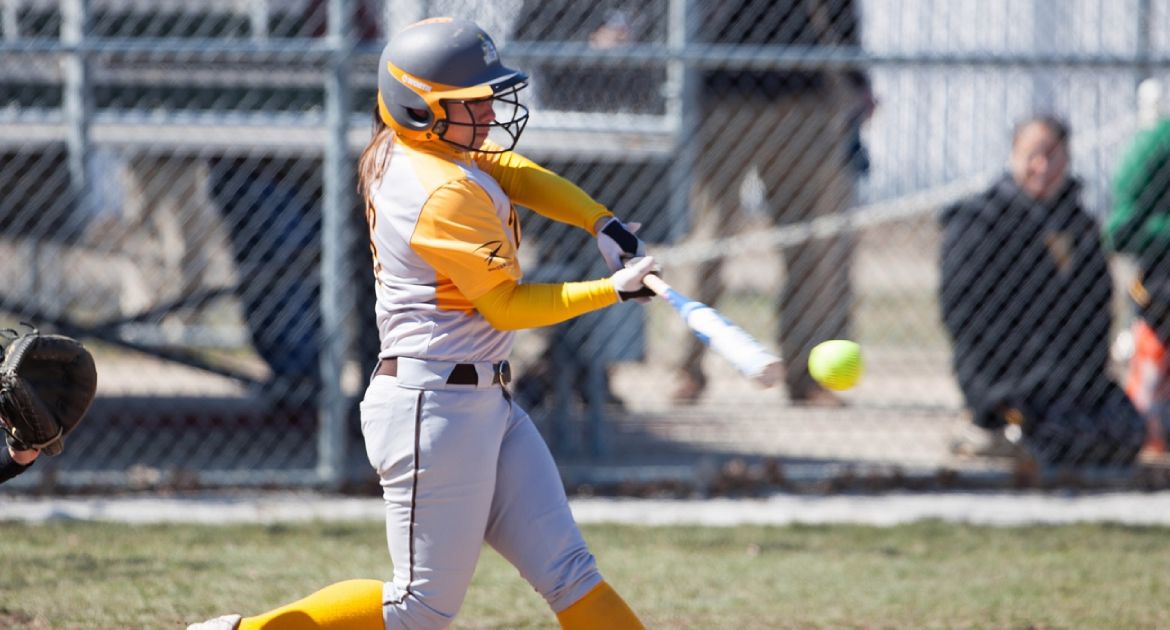 Next Up in Crusader Softball: For the first time since March 15, the Valparaiso softball team will leave home this week. The Crusaders travel to Indianapolis for a non-league doubleheader at IUPUI on Wednesday before heading up to Oakland for a Horizon League series on Friday and Saturday.

Previously: After having a twinbill against Central Michigan canceled last week, the Crusaders hosted Wright State for what ended up being a doubleheader. Valpo split the twinbill with the Raiders, falling 11-9 in the opener before bouncing back for a 9-7 win in the nightcap. The third game of the series was canceled due to weather.

Following the Crusaders: All five games this week are slated to have live stats. Links for the live coverage will be available at ValpoAthletics.com.

Head Coach Kate Stake: Kate Stake was hired as head coach of the Valparaiso softball program on July 23, 2014 and owns a 8-17 record in her first season as head coach. Stake arrived at Valpo with eight seasons of assistant coaching experience at the Division I level, most recently serving as an assistant at mid-major power Hofstra.

Series Notes: Valpo owns a 32-24 advantage in the all-time series with IUPUI and last played the Jaguars in 2013, splitting a doubleheader in Indianapolis - winning 5-4 in eight innings before falling 3-1. The Crusaders lead the all-time series with Oakland by a slight 15-14 margin, including a 2-1 series win last season in the Grizzlies’ inaugural season in the Horizon League - winning 11-3 and 2-1 before dropping a 4-2 decision in extra innings.

Leaving the Home Front: After playing its first 20 games of the season away from home, Valpo returned home in mid-March looking to play 10 straight home contests. Unfortunately, due to weather, the Crusaders only played five games in that stretch. Now, starting with Wednesday’s twinbill at IUPUI, Valpo is slated to play 17 of its next 21 games away from the friendly confines of the Valparaiso University Softball Field.

Stepping Out of League Play: Wednesday’s doubleheader at IUPUI will also prove to be a nice respite for the Crusaders, who have not played a non-league game since March 15. Valpo had a pair of non-league doubleheaders canceled - one due to the opponent needing to make up league games, and the other due to snow. Weather permitting, Valpo will play non-league games during the middle of the week in four of the next five weeks.

Pico Picking Up Hits: Junior Sierra Pico was strictly a pitcher her first two seasons, but has become the Crusaders’ regular third baseman this year and has excelled, both in the field and at the plate. Making 23 starts at the hot corner, Pico has made just two errors to date. At bat, the junior enjoyed her best effort of the season last Saturday, going 6-for-7 with two doubles and three runs scored over Valpo’s twinbill with Wright State. Pico went 4-for-4 in the opener after entering the game without even a three-hit game to her credit in her career, and raised her season batting average 71 points to .351.

Moving Up the Charts: Junior Kaitlyn Ranieri’s stellar performance through the first half of the season (.403/.554/.746 slash line; 16th in nation in walks [22]; 28th in on-base pct.) has seen her moving up Valpo’s career charts in a number of offensive categories. The junior currently ranks in the top-five in Crusader history in average, on-base and slugging, and is fourth all-time with 80 career walks. She has also recently cracked the top-10 in home runs (8th, 14), hits (9th, 155) and runs scored (9th, 94).

In Search of .400: The .400 mark has been just as sacred in Valpo softball history as it is in the baseball world, as just two Crusaders have hit .400 for an entire season - Jordan Rutkowski, who hit .430 in a 2012 campaign which was the best by a Valpo player in program history; and Kari Wiseman, a Valpo Hall of Fame inductee who hit .423 in 1998. But to date, two of this season’s players are threatening the mark, as Ranieri is hitting .403 and freshman Stephanie Moreno sits at an even .400 following a 4-for-7 effort last Saturday.

Just Win, Baby, Win: Freshman Ashlyn Montgomery kept at it in the nightcap last Saturday against Wright State, earning the win despite giving up seven runs as she stranded eight Raider runners on base. The victory means Montgomery is a perfect 4-0 in her starts since March 13, and in fact, the rookie is 5-1 overall in her starting assignments in the circle this season. Despite walking five batters in 8.1 innings of work against Wright State last weekend, she still ranks among the league’s best in walks per seven innings, surrendering just 1.75 free passes per game, good for second among Horizon League pitchers.