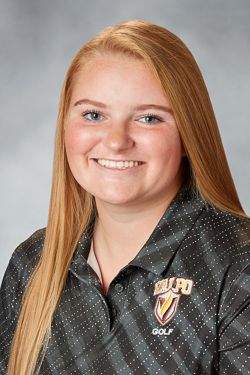 2020-21: Participated in eight rounds over four events and turned in an 89.25 average… Had a season-best 79 in Round 2 of the Redbird Invitational on April 9… Earned Valparaiso University Presidential Academic Honors and member of MVC Honor Roll.