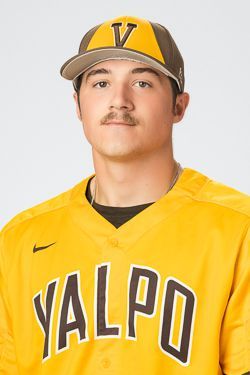 2022: Received All-MVC Honorable Mention... Nailed down eight saves, one away from cracking the program’s single-season top five... Had Valpo’s highest single-season save total since 2014... Finished his first season at Valpo ranked ninth in program history in career saves... Ranked second on the team in ERA at 5.09 while appearing in 17 games out of the bullpen and striking out 28 against seven walks in 17 2/3 innings.

Before Valpo: Played summer ball with the Beecher Muskies of the Chicago Suburban Baseball League.

Personal: Son of Dan and Michelle Nowak… Has two older siblings, Danielle and Daniel, and a cousin, Jason… Hobbies include hunting and fishing… Loves shrimp… Favorite food is wings and movie is Indiana Jones.