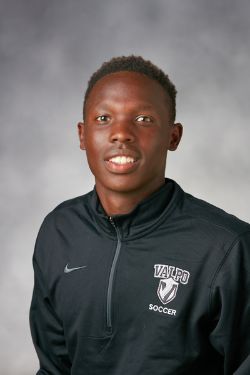 2017: Played in four matches for the Crusaders, taking one shot… Made his season debut on Sept. 23 against Central Arkansas, before also appearing at IUPUI, at Western Illinois and at home against Missouri State.

2016: Played in four matches as a redshirt freshman for the Crusaders... Made his collegiate debut on Sept. 4 at Brown Field against Western Illinois, playing four minutes... Also saw action against Eastern Illinois, Northern Kentucky and IUPUI.

Prep: A three-year letter winner for the Indians … scored 19 goals as a senior … helped side to a berth in the state semifinals … team was ranked as high as No. 5 in the nation … played club soccer most recently for Internationals Academy.

Personal: Franklin is the son of Rachel Boit … major is computer science.