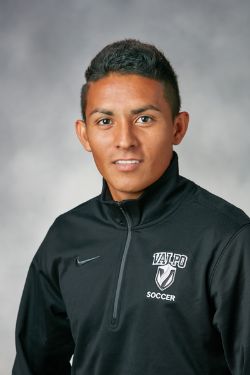 2015: Appeared in all 18 matches in his first season at Valpo, starting on nine occasions ... saw total of 823 minutes of playing time on the year ... played season-high 82 minutes in Crusaders' win over #23 Omaha on Sept. 28 ... tallied eight shot attempts, two of which were on goal.

Neosho County C.C.: Played two seasons … an NJCAA All-American as a sophomore in 2014 … two-time All-Conference honoree … also earned All-Region honors as a freshman … three-time league Player of the Week and once Player of the Month.

Personal: Nelson is the son of Jose Landaverde and Amelida Vega … major is physical education … currently resides in Springdale, Ark.