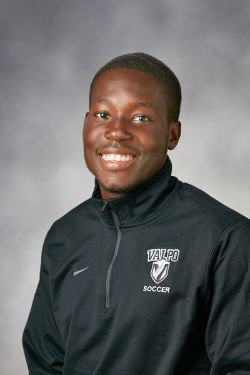 2015: Started all 16 matches he appeared in as a member of the Crusaders' back line in his first year at Valpo ... played total of 1,472 minutes, going the distance in nine contests ... Valpo surrendered just 12 goals in his 16 starts, including eight shutouts ... finished season with 10 shot attempts, three of which were on goal.