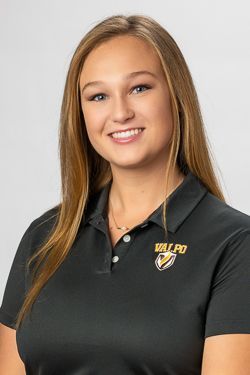 2020-21: Golfed in 12 rounds over five events and carded an 89.33 during her first collegiate season… Carded a season-low 75 in her first collegiate round on Sept. 28 at the Lewis Flyer Intercollegiate, a mark that stood as the best round of the season by any Valpo golfer… Became the first Valpo freshman to post of a score of 75 or lower in her collegiate debut since A.J. Selig in October 2011 at the Dayton Fall Invitational… Finished the Lewis Flyer Intercollegiate with a team-best 159 over two rounds while golfing as an individual, finishing tied for third in the event… Member of MVC Academic Honor Roll.