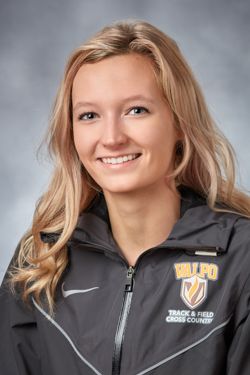 2020: Recorded her season-best long jump of 16-5¾ (5.02m) on Jan. 17 at the GVSU Bill Clinger Classic… Twice set the program record in the pentathlon, initially in her first pentathlon on Feb. 7 at the Windy City Rumble, where she scored 2,261 points… Became Valpo’s first pentathlete in a conference meet since 2008 when she bested her own record and posted a score of 2,516 at the MVC Indoor Championships, during which she also posted career bests in the 60-meter hurdles, high jump and shot put.

Personal: Daughter to Danielle and Mike Lahey…Double majoring in marketing and Spanish.