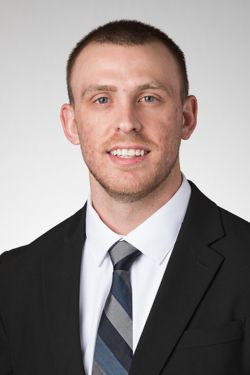 Brandon Frase joined the Valpo football program as a nickelbacks coach for the 2019 season.

Frase was part of a unit that had a knack for dropping opponents behind the line of scrimmage as Valpo racked up 70 tackles for loss, the program’s most since 2007 and tied for the fourth-most in a single season in program history. Valpo had seven or more tackles for loss in four different games, a feat the team had achieved just once in the previous three seasons combined.

Frase was part of the first victory of the Landon Fox head coaching era on Oct. 26, 2019 as Valpo topped Stetson 19-10. That win came behind a dominant defensive showing as Valpo allowed 10 points or fewer in a game for just the fourth time in a 19-year span. Stetson entered the contest ranked first in the FCS nation in total offense. The Hatters came into the game with a 5-1 record, the first time Valpo beat a team that stood at 5-1 or better since 2003.

During his time at Orange, Frase helped the team to a 5-0 start for the second time in school history and to an eventual OHSAA playoff berth, the third in school history. He coached multiple players who received all-conference honors including a safety who was a 2018 first-team selection after racking up 84 tackles. Prior to his prep coaching career, Frase played wide receiver and safety at Ohio Wesleyan during the 2013 and 2014 seasons. He graduated from Kent State University with a degree in physical and health education in December 2018.

What They’re Saying About Coach Frase

Jonathan Gannon, Indianapolis Colts Defensive Backs/Cornerbacks Coach: “Brandon will bring an outstanding work ethic and a lot of juice to Valpo. He will connect with the players and get the most out of them. This is a great hire for Valpo’s program.”

Deon Broomfield, Indiana State Cornerbacks Coach: “Brandon was always eager to learn and spend extra time to perfect his craft as a player and young coach. He has a bright future in the coaching industry.”

Adam Bechlem, Orange HS Head Coach: “Brandon is hard working and passionate about football and teaching the game to young men. He is competitive and respects the work involved in winning.”

Tom Mitchen, Orange HS Defensive Coordinator: “Brandon is a young and hungry coach who is learning his way in this profession the right way. He is never afraid to learn something new and soaks everything in like a sponge. He knows the game and knows what it takes to get the best out of his players by valuing the relationships he builds with them.”