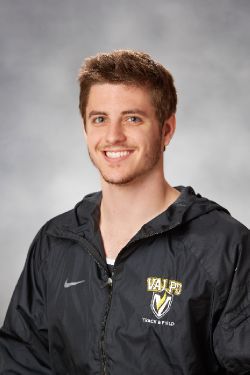 2012: Competed in the 100m, 200m, and 400m dash for the Crusaders ... named to the Dean's List ... earned athletic academic honors ... volunteered at Habitat for Humanity and a homeless shelter in South Bend.